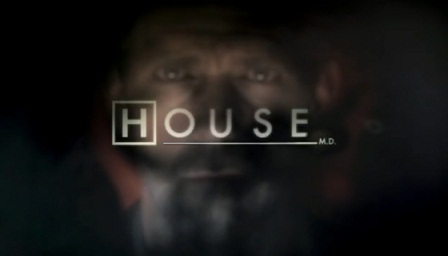 Ed note: I’ve decided to just double post my recaps I’ve been doing at WEEKEND Watchers, so those who do read don’t have to jump through a link hoop to get to content. That’s lame.

I appreciate what the House writers were trying to do with tonight’s “Baggage,” but because it relies on a relationship we haven’t seen since the the first three hours of the season, the emotional resonance isn’t there in the way I think they think it is.

So Andre Braugher is back as Dr. Nolan and it seems as if we’re supposed to assume that he and House have been having heart-to-hearts over the past year, which makes sense. However, I hate when certain events play out off-screen and then we’re dropped in only at the truly important moments and supposed to feel emotionally connected to them. This is especially disappointing for this relationship and this season of House, which could have used a little more emotional weight in the middle part of the season to keep us reminded of the fact that House was in a mental institution for a long time and is still trying to recover from those problems.

It also doesn’t help that Dr. Nolan seems incessantly combative towards House, almost to a point that it’s hard to believe he’s been helpful whatsoever. And in the end of the episode, that is basically confirmed, as House chews Nolan out for continuously telling him to do things that has led to others’ happiness while he’s been left out in the cold. House has been supportive of Cuddy’s relationship with Lucas and Wilson’s relationship with Sam (mostly) and they’ve both kind of pushed him out of his life when it has been convenient for them. It’s not that Cuddy and Wilson are outwardly vindictive, but they’ve recently only wanted to help House when he’s looking bad, instead of being supportive along the way — or at least that’s what we’ve seen.

Despite all this, Nolan is pushy, questioning and definitely combative towards House and his problems, more so than most shrinks are portrayed on television. I’m not sure if this is just how the House writers view psychologists, but it’s actually very easy to side with House in his battle against Nolan, which we shouldn’t do. If we’ve been told repeatedly that House has problems, the writers should introduce characters who can help him do that. Sure, there should be come shading and conflict there, but at this point, Nolan is just an ass. And based on the writers’ track record, I’m guessing that Nolan will be totally out of the picture forever now, considering next week is the season finale and it doesn’t appear to have anything to do with Nolan.

“Baggage” also brought back the Puerto Rican sidekick from the premiere episode, another random recall to episodes so detached from consequences and events we’ve seen all season. I didn’t hate those scenes, but again, why did we have to wait until now to get another appearance from Alvie? Lame.

However, I do like that House is turning to the bottle and falling off the wagon a bit. I hated the idea that he was either A.) cured or B.) sort of cured but still just the same asshole he was before, making all the curing completely worthless, so to have him battle a new addiction makes things at least partially interesting, as long as the writers don’t mine the same territory. But they probably will.

One more note: This episode used another TV trope in the sense that the conversations between Nolan and House took place IN the scenes at the hospital, which kept the team at arm’s length for most of the episode. Sure, that mixes things up, but it also screams, “hey, we’re totally out of ideas.”

Oh well, only one more episode and then maybe the writers can regroup for season seven.