Episode Reviews, Featured, Lie to Me 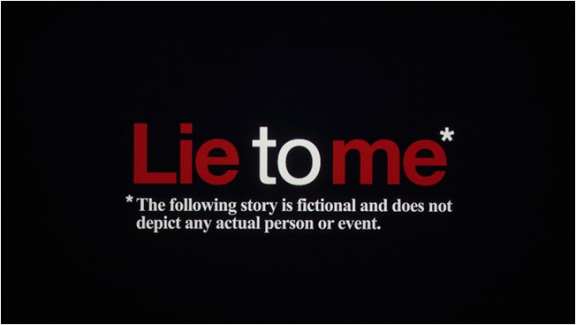 I imagine that there were some new people tuning into Lie to Me last night thanks to guest appearances from geek friendly performers Enver Gjokaj (Dollhouse) and Alona Tal (Veronica Mars, Supernatural). It’s actually too bad that those new folks were presented with the weakest Lie to Me effort since its summer return.

The weakness of this episode had nothing to do with the performances of Gjokaj or Tal, however, who were both strong. However, the hour dragged considerably thanks to an over-reliance on a goofy technology, some questions about why Cal would even take the case and just a poor structure. Let’s address those things one at a time, shall we?

The series has been good about getting away from the constant use of the Lightman Group’s tech or the mechanizations of the detection process, but this episode brought both of those back in an annoying way. It’s so awkward to listen to Gillian or Torres interview someone and as soon as the subject says something, they retort, “THAT’S FEAR!” or “THAT’S SHAME!” I can deal with it when the group discusses it after the fact or behind a glass wall, but this other approach is jarring and one of the things that turned me away from the series in the first place. As for the technology, this episode relied way too much on the goofy video game simulation. I understand the point, but the episode just kept coming back to it on multiple occasions and we weren’t really learning anything new.

That last sentence describes the whole episode, really. It was apparent from the get-go that Gjokaj’s character had a secret and that his military superior was forcing him to keep it. But the episode spent the next 35 minutes trying to convince us otherwise and repeatedly went back and forth between them in an annoy he said-he said that made for a boring hour of television.

Finally, I don’t quite understand what Cal’s intent with this case was anyway. I know that we’re supposed to see that the Lightman group works on all sorts of different cases, but I didn’t really buy why they’d ever be called in to work this in the first place. Nearly everybody thought Gjokaj’s character was crazy and even if he did have a secret, that’s not really a “lie,” per se. This, much like everything in this episode that wasn’t Gjokaj’s nice performance, was messy and disjointed in a way that Lie to Me usually is not.