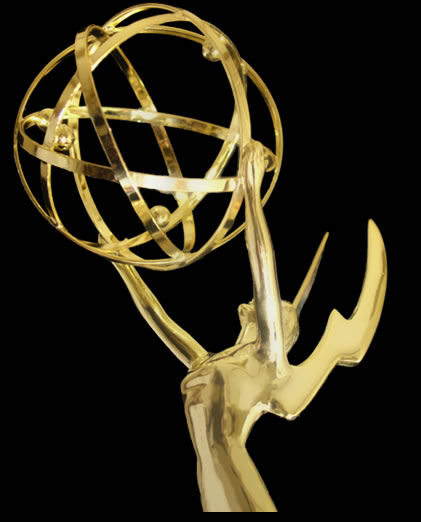 Just one day after the Emmys aired, the Hollywood Reporter ran a story that speculates the Emmys could be split into two different shows in the future.

Under the possible (and let me stress that word) deal, one telecast would air on the usual rotating trolley of broadcast networks and focus on the comedy, drama and reality/variety categories. The other telecast would air somewhere on cable and focus on the long-form miniseries and television movies, or as we all know it, the HBO awards. In theory, this removes the HBO-dominated and boring categories from the main telecast and also disallows the broadcast networks from enabling an hour of HBO advertising each year when the pay cable giant wins all the miniseries and TV movie awards.

I understand the desire of the big four to keep as many HBO victories as possible away from viewers, but this possible development does not really solve any “big” problems the Emmy telecast has. The biggest improvement that would come from splitting the Emmys into two telecasts is that the show would be shorter — in theory. See, it scares me what the broadcast networks would do with an extra hour to play with, because there is absolutely no way they will shorten the telecast to 2 hours. They want that advertising revenue. So instead of the various HBO awards, we’d see more musical performances and more stunts like this year’s random celebration of George Clooney. I’m not sure that’s really better for us at home.

So if this split is not going to work, what would? Well, I’m glad you asked. It isn’t the least obvious proposition, but if the broadcast networks really want to divide the telecast in half and avoid getting their tails handed to them by HBO, Showtime and AMC, why not create new award categories that celebrate ONLY cable programming? In this plan, there could be two of both the Outstanding Drama and Comedy Series awards, two for broadcast content, two for cable content. And if the networks wanted to take it even further, they could double the performance categories as well, so there would be cable- and broadcast-specific categories for all the lead and supporting races.

This is something of a revolution for the Emmys and makes the broadcast networks seem partially fearful of HBO and other cable giants, but honestly, we all know the situation now. Even when broadcast television networks craft fine dramas (The Good Wife, Lost, Friday Night Lights), they’re rarely recognized for their work because the cable fare is just too good, too risqué, etc. And on the comedy side, we’ve seen countless cable series be nominated when they’re far from “funny,” so if the cable category is full of dramedies, so be it. The economics and regulations altered the playing field years ago, and perhaps it is time the Emmy awards catch up to that.

Having separate categories could certainly muddle and water-down the process, leading to nominations for some broadcast dramas that aren’t so “great,” (I can see an NCIS: nomination already) but isn’t that an issue we like to debate each year anyway? There is always one series that’s left out, one performer that got the shaft, and even with more nominees, it won’t totally solve things, which will allow people to complain a lot, keeping that element of the Emmys alive. So the move solves a few problems, but doesn’t erase them all completely (which I don’t think could happen anyway).

And perhaps most importantly, how does this not drum up more interest from the general audience? Sure, it’s not going to suddenly bump the viewership up over 20 million people, but at least in those first few years, I think people would be more excited to watch, especially if they know more of their general favorites are being nominated. Two telecasts full of big hitters across cable and broadcast could pull in big advertising dollars. Perhaps USA, TNT, TBS, AMC and FX rotate the cable version each year just the broadcast networks do.

Do I think doubling the major categories and creating fissure-like distinctions between cable and broadcast content is something the Emmys would ever do? Probably not, it’s certainly a risky move. But at this point, shouldn’t the Emmy brass be thinking about risky? The ratings didn’t tank this year, but they didn’t light the world on fire, so why not try mixing it up just a bit to pull in some more eyes? If it’s a failure, no one is really going to care, we complain about the ineptitude of the Emmys each year anyway. And it’s certainly better than the half measure they’re thinking about taking right now.

5 thoughts on “The Emmys to split into two shows? Other suggestions for TV’s biggest award night”