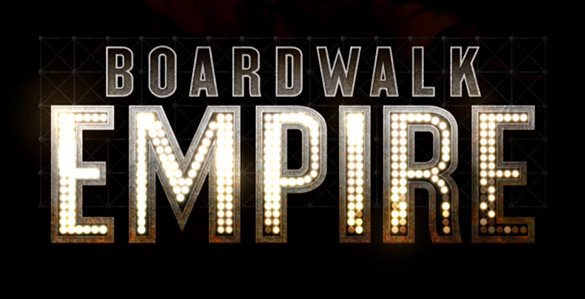 Thanks to a busy Sunday for me personally and an extremely busy Monday for television in general, it took me a bit to get around to Boardwalk Empire‘s debut episode. That is a damn, dirty shame. Like many of the great HBO dramas, the slew of characters and discussion of multiple agendas and events makes for a confusing initial 75 minutes to follow (see Alan Sepinwall’s post that clarifies some of the blink-and-you’ll-miss-it parts in the pilot), but because there are so many other wonderful elements here, it barely matters. Obviously, the pilot looks beautiful, the costly sets make for a wonderful sense of place and there’s really never any question that we’re not back in the Prohibition era. The costume design, the set design, the music, even the way many of the actors carry themselves, it all makes this Atlantic City feel natural and real.

Moreover, the performances are obviously strong. I tried to stay away from any of the real-life material about the Nucky character Steve Buscemi is playing, so I didn’t really expect him to be so calmed, cool and reserved amid a sea of changing tides, but I think that makes the character even better. Buscemi is notably not intimidating in a physical sense, so I like that he’s more of a smooth-talking politician that can go rub shoulders with the church ladies and then plot with Jimmy and company. And then when he explodes with anger a little bit like he does when he hears what Margaret husband has done to her, it has even more of an impact.

Buscemi dominates this episode and so I’ll stick mostly to his performance, but as a long-time fan of Michael Pitt’s work, I’m glad to see him in a big production like this one and really tearing into the role. He’s the perfect kind of performer for a role that requires the character to be something of a ticking time-bomb whose past will eventually make him go off the deep end. Michael Shannon does carry much water in his Agent Van Alden role in the pilot, but I’m curious to see how that role develops because the character is already ingrained into this culture. He’s not making much of a secret that he’s doing some investigating.

Thematically, I’m interested in how the series will further these ideas of politics, crime, expansion and restriction in the future. Perhaps the most fitting line of the pilot is when Jimmy tells Nucky that while Nucky wanted Jimmy to grow up and be this figurehead politician, Jimmy has taken it upon himself to make them both gangsters. Nucky is obviously not an innocent before Jimmy absconds the Canadian Club shipment and splits the money with him, but he’s certainly been trying to grease everything up in a more, maybe “friendly” way. But now, Jimmy’s put them in a situation where it’s going to take more than politics to survive and perhaps with Jimmy’s violent tendencies and Nucky’s political savvy, they can do some real damage.

Moreover, Jimmy and Al Capone’s frustrations with their inability to move quickly enough through the ranks causes them to act out and cause upheaval in the power dynamics of their respective factions. And on a macro level, the government’s attempts to enforce Prohibition are something of a power play in the country, one that Nucky and his various cohorts at the Prohibition Eve party are really ambivalent about. In that sense, I can see the series exploring how trying to supplant power over those who don’t want to be controlled backfires in all sorts of bad ways, both for characters and the government.

I’m short on time this week, but I wanted to get something down about Boardwalk Empire. It’s glorious.