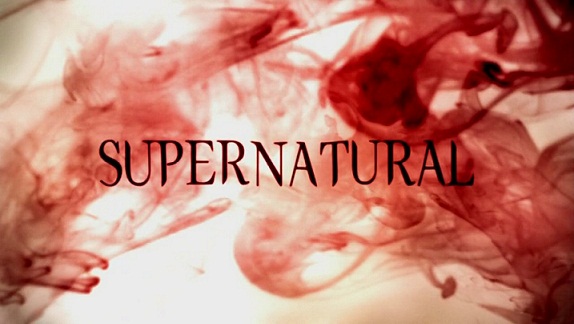 Whereas the Smallville premiere had to prove it the series has direction in its final season, the Supernatural premiere has to do even more heavy lifting to even convince me it should exist as a series. I’ve already expressed my discontent with the series continuing on to a sixth season, particularly with the “back to basics” approach that’s supposedly going to be implemented. However, I never wanted to be proven wrong more with “Exile on Main St.,” which is why I’m actually upset that the season six premiere did not do a whole lot to change my mind.

I’ll admit, the episode is in a tight spot. It has to bring the band back together without seeming too ridiculous or cheap while still honoring the glorious moments from the end of season five. That’s not an easy task to accomplish. But this episode, scripted by new show runner and long-time writer/producer Sera Gamble, doesn’t even seem interested in making in effort in that department. Instead, it tries too hard to create this aura of mystery surrounding Sam and Grandpa Campbell’s reappearances that comes off as laziness.

The series has already explored the “brought back by an unknown higher power” story in the season four premiere and there, the answer is given at the episode’s end so the subsequent stories can explore the consequences of that event. But because there’s really no other way to bring Sam back (unfortunately, Supernatural doesn’t have the budge to do a Fringe-like schedule that could have toggled between Dean at home with Lisa and Sam in hell fighting for his life), we’re left with Sam acting with an ambivalent air of confidence about him that comes off totally wrong.

My Twitter bud Jeremy Mongeau suggested tonight that the problem with this new premise is that its something of a mystery, whereas the previous seasons are more action-oriented. While I don’t totally disagree with that assessment, one could argue that season one was all about the mystery of where John Winchester was. However, that was a good mystery and one that didn’t try too hard to be mysterious or one that pushed itself into the front of the story. It’s possible that the mystery around Sam’s missing year will go away for a while and it won’t seem like the series is forcing it, but in this episode, there’s no choice and so it’s ultimately an unfortunate miss.

Additionally, because the episode hangs so much of its drama on Sam’s return (an approach that’s poorly executed), the rest of the episode is lacking as well. The jinn are after the Winchester Brothers for reasons unknown, but although that’s something that could come to be important later, the results of the jinn’s attack on Sam and Dean is fairly weightless and less than thrilling. The quick moment with Samuel and the other Campbell’s capturing the jinn for some sort of secret reason is the most promising moment of the episode because it suggests that all this secrecy could lead to something cool. We saw Sam do all the demon/baddie tests, but not Samuel. Perhaps he’s actually something very awful looking to take down Sam and Dean (though I can’t imagine Sam would forget to check this on his return from hell).

Despite my issues with the main part of this episode, the first 15 minutes of the episode are fantastic. The whole build up to the end of last season was about Dean’s psyche really crumbling, so getting that real life is the perfect solution to all those issues. But if you’re Dean Winchester, you’re never really out of the hunting game. As the episode says repeatedly, it’s not a matter of if, but when. Moreover, I appreciated the fact that the episode didn’t just dispense with Lisa and Ben like any other love interest character. Instead, it will be compelling to watch Dean balance his home life with hunting with Sam. We know that it will eventually fall apart, but it takes some gusto to actually force Dean to have a relationship that’s as important to him (if not more) than his one with Sam — and have them happen at the same time.

I’m still very concerned about this season of Supernatural and especially after this episode. The series needs to change directions if it’s going to be successful, but it’s obviously trying so hard to signal to fans that it is (while also clumsily getting back to a season one-like aesthetic) and that makes watching frustrating.