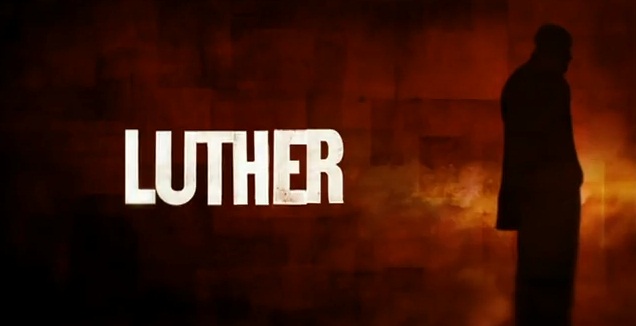 I had heard nothing but good things about BBC’s Luther, but I always hear good things about BBC productions and never get around to watching them. However, due to my undying respect for The Wire and particularly Idris Elba’s performance as Stringer Bell, I randomly decided to DVR the first episode of the gritty police drama on Sunday, even though I wasn’t sure I’d actually even get to it.

But after watching the first episode of Luther this morning, god, am I happy I did. If we were assuming that Luther is part of the batch of new fall series, it would be right there with Terriers and Boardwalk Empire for the “Best New Series” championship belt and after just one episode, I think I might actually enjoy it the most of the three.

Luther has a typical set-up: John Luther is a brilliant cop who takes his job way too seriously and though it works for him while at work, it’s messed up his personal life. He let his whole life get taken over by a serial killer case and after he catches said killer, he lets all the pent-up frustrations and anger tracking him down take a multi-story fall to the ground, putting him in a coma. Seven months later, Luther’s been on leave while the review board looks into the “accident” with the serial killer and during the time, he’s completely fallen apart, separating from his wife and continuing to visit the scene of his sort-of crime. Just as he returns, an elderly couple is executed, leaving their daughter to pick up the pieces. When Luther suspects that the daughter, Alice, is behind the murders, their cat and mouse game begins.

That’s all fairly formulaic in theory, but at least in the pilot,* the execution, particularly the performances from Elba and Ruth Wilson, make for very gripping television. Elba usually plays calm and collected individuals, but here, he’s a giant mess. Elba plays Luther with a frenetic energy that has this sense that he could completely lose it at any time, but he’s also able to dial it down in the more emotional scenes with his ex-wife Zoe or even in the early scenes with Alice.

Speaking of Alice, Ruth Wilson is completely new to me and in that context, her performance here kind of blew me away. There’s a moment early in this first episode where Luther decides that Alice is actually the killer and because it’s based on such a paper-thin assumption, the actors really need to sell it. It’s easy to follow Luther’s logic when he’s ranting outside of the interrogation room, but when it cuts back to Alice in the feed, there’s just the slight change in Ruth Wilson’s eyes that totally sell the fact that her character is a murdering sociopath. Without the ability to sell that one moment, I’m not sure if the rest of the episode works as well.

Thankfully, it does and the rest of the episode unspools in similarly interesting fashion. Alice and Luther have a complex relationship off the bat due to their opposing viewpoints on the worth of, well, anything. And although the combination of sexual attraction, intrigue and hatred has been applied in a number of these cop-criminal relationships over the years, Elba and Wilson sell it as well as just about any other duo I’ve seen.

I don’t know where Luther goes from here — apparently, not to great heights — but because of these two immediately interesting characters, I’m in for the long haul. You should check it out as well.