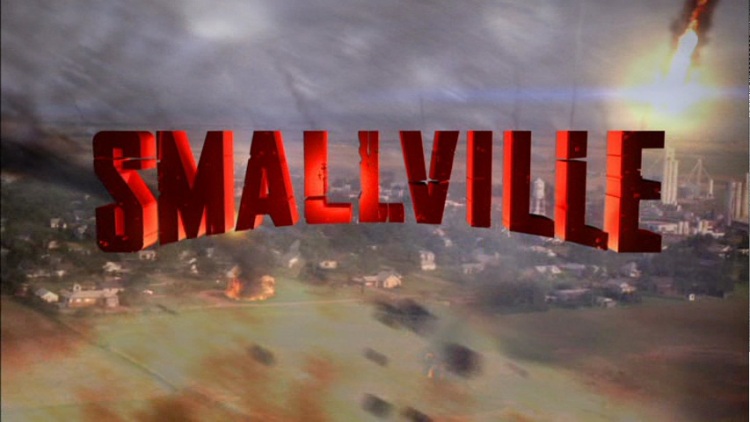 After a glorious 200th episode, there was no way Smallville could really top that episode’s events, so the best thing to do is continue the plotlines of “Homecoming” in a natural, but less epic way. “Isis”…kind of does that.

In one sense, “Isis” has a number of the season’s best emotional and quiet moments. In another, it’s one of the most campy episodes in a very, very long time that often boarders on flat-out ridiculousness. Even for a series that’s featured dozens of campy body switch and inhabit episodes, “Isis” seems a little goofy.

Despite the general stupidity of the this episode’s premise — Lois accidentally gets inhabited by the ancient psycho and lover Isis — there at least seems to be a point to it all. Because Smallville doesn’t push for much in terms of themes in individual episodes, it’s weird to see “Isis” continuously (to an annoying extent, by the end) emphasize the complexities of love. Isis wants to bring back her long-lost and cursed lover, re-enter his heart to his body and basically raise hell on earth (Oliver saying this with a straight face is funny in all the wrong ways) so they can be together.

It’s a wholly stupid premise and one that’s accentuated by Isis taking over Lois’ body and made officially dumb by Cat Grant’s assumption that Lois is, in fact, the Blur. However, it holds together enough to tell a somewhat compelling story about Clark’s relationship with Lois, Oliver’s relationship with Chloe and Tess’ relationship with the rest of the world. Sure, each one of the four lead characters spurts out some variation of “love” at least five times in 41 minutes, but that’s better than having the stupidity of Isis with no thematic concerns.

After the events of “Homecoming” and the L Word bomb Clark dropped on Lois, they’re both reading to divulge their secrets. She’s ready to tell Clark she knows he’s the Blur, and he’s finally ready to let her know that same fact. But when she gets inhabited by crazy Isis, things derail and Clark’s forced to wonder if he’d be willing to take the same kind of risks that Isis would to keep Lois and her love around. He tries to get Oliver to talk him out of revealing his secret, but once he comes to the realization that Lois gets in enough trouble on her own and he can’t go much longer without telling her, he can risk her life. He believes that she can handle it and he’s finally ready, so it’s time.

The final sequence, where the two of them try to talk themselves out of not revealing their respective secrets, is one of the best Clark-Lois moments in the series run, and if it weren’t for some of the moments last week, it’d be the best moment of the season for sure. Not only is it wonderful that the truth is out there between them, but it’s particularly great that Clark made the decision completely on his own to tell her. Most of the time in the series’ run, his secret has been discovered and he then has no choice but to come out or like with Lana, he felt like he had no choice to keep her around. Here, while Lois already has discovered the truth, she isn’t pressuring him or making his life more difficult and there’s really no dire circumstances that suggest he MUST tell her or life won’t go on. Instead, this is a completely mature, individual decision that suggests Clark is actually on the right path to Superman territory.

Meanwhile, Isis’ ridiculous rampage forces the mirror of love onto both Oliver and Tess as well. Since “coming out,” Oliver’s been trying to fill the void Chloe left in his heart with some hero celebrity stuff, but not surprisingly, it’s been mostly ineffective. I’m not sure really where the events of this episode put Oliver aside from the fact that he came to the realization that he can’t replace Chloe, but hey, that’s something.

More importantly, “Isis” is really a platform for Cassidy Freeman’s general awesomeness. Even with the small cast, she’s been absent for too much already this season, but thankfully, “Isis” resets the character in an interesting and enjoyable way. Last season, Tess went particularly dark, never really knew where her allegiances lied and eventually couldn’t tell which way was up. Now that she has a new lease on life, she’s been trying to improve relationships with at least Clark and Oliver — not so much with Lois — and here, that starts to pay off.

While Oliver obviously doesn’t trust Tess, her resources and computer hacking (?!) allow the two heroes to do their thing just in time. That results in a really great, if not kind of weird, scene where Clark and Oliver thank Tess for her help, smile a lot and basically give her the keys to Watchtower. Way to honor, Chloe, you guys. Thankfully, Tess’ teary, overwhelmed reaction to their offer sells the scene as much as possible and when she returns home to the rapidly-growing Alexander, Tess finally realizes that she does have some people in her life who will protect her and care for her.

On one hand, I love this transition for Tess because the season seems to be setting up for a rotating group of villains that she doesn’t really tie with and we don’t need to see her straggle along again. And it’s just nice to see her have friends. On the other hand, some of Tess’ scenes in this episode are trying too hard to make her some sort of new Chloe, with the hacking and the Watchtower-ing and the exposition spewing, it’s just all a little obvious. If this all means more Tess, then I’m game, though.

The season still lacks an overall narrative drive that applies to anyone else but Clark, and although it’s a wonderful thing to see all the stories revolve around him, five episodes in, each episode has had its own tone and strategy, leading to some disjointed — but mostly enjoyable — hours. In a way, “Lazarus,” “Supergirl” and “Homecoming” feel like one version of the series, while “Shield” and “Isis” feel like another.