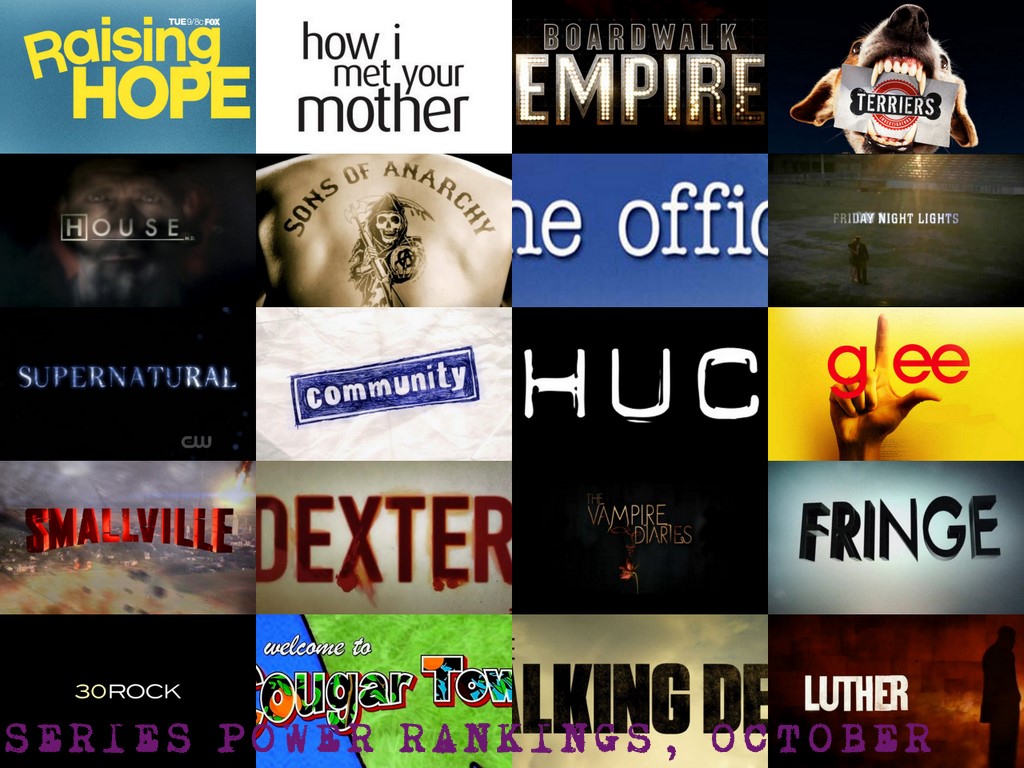 Because I love lists and various compiled features, I figured one thing I could start doing here at TVS is looking back at the end of every month. This new feature will include the once-dead, now-alive-in-a-new-form broadcast network power rankings, series power rankings (I can’t not, I just want to do them so badly) and a discussion of some of the big stories from the month. And maybe some other stuff. I can neither confirm nor deny that I’m doing this because I’m super excited for the end of the year so I can do multiple features just like this one.

Anyway, let’s get to it, shall we?

Ah! I’ve been wanting to do series power rankings for a while now, but didn’t want to directly copy the awesome Tim Goodman (who recently moved the Bastard Machine over to THR, in case you didn’t see that). However, like I said in the makeshift introduction, I think maybe this is a better way to do it so I can avoid some sort of competition each week (as if that would be a real competition or something). Anyway, let’s do this. 20-1 rankings, with only series still airing into November (i.e. no Mad Men or Rubicon).

20. Smallville: The CW series has had a number of fantastic, series-greatest moments, but been dragged down by a lack of overall direction that has powered the last two quality seasons. If it weren’t for my unyielding love, it probably wouldn’t even be here.

19. House: The FOX medical drama has been dipping in the ratings and is generally uninterested in telling cool medical mystery stories. However, the House-Cuddy relationship is being given its due in a realistic and frankly, surprisingly poignant way that is helping the series buoyant at this point.

18. Raising Hope: Back in early September, if you would have told me that I would even like this series, let alone look forward to it every week, I would have smacked in you in the mouth. I retroactively apologize for something that did not happen.

17. Sons of Anarchy: FX’s powerhouse series has been meandering all season, though finally arriving in Belfast suggests better things.

16. Chuck: Along with Sons of Anarchy, NBC’s best hourlong has been struggling to find its way this season, but recent episodes again suggest we’re finally going to get the Chuck we all know and love. Just stop with the Chuck and Sarah drama, please.

14. How I Met Your Mother: Similarly, a nice comeback year for CBS’ best half-hour, even though it has sometimes tried to hard to tell the audience, “Hey, we’re doing BIG, IMPORTANT stories again!”

13. Luther: This BBC series started off super-strong and has quickly meandered into rock-solid, but it still remains one of the best things to watch on a busy Sunday night thanks to the standout performances.

12. Dexter: It’s weird that series have been paired together on the list, as the same things I said about Luther can be applied to the fifth season of Dexter. I’m enjoying this season more than I expected I would, if only because I don’t really like the series in general, but both Michael C. Hall and Julia Stiles are doing fine work.

10. Glee: A couple of good episodes, one stellar episode and two generally horrible ones. Yeah, sounds like a normal start for Glee.

9. The Office: Oh yeah, that’s what a fairly consistent string of Office episodes looks like.

8. Supernatural: Things started a little rough this season with a couple of mediocre efforts, but with more time passed and more good stories told, it looks like another season of this CW series wasn’t such a bad idea after all.

6. Friday Night Lights: Sure, the premiere wasn’t a fantastic FNL, but it was a damn good one and the series is sure to pick up steam as the final season moves forward — even if there are some possible issues with a lack of great high school characters.

5. The Vampire Diaries: The second season of TVD got off to a little bit of a slow start and is still relying too much on Katherine to create a ridiculous amount of twists, but the last two episodes have been well-paced, full of answers and generally stellar.

4. Fringe: Toggling back and forth between both universes is a smart play, particularly when Anna Torv is destroying her two (but really like four) roles as the various versions of Olivia. Now, even the procedural episodes have weight to them.

3. Boardwalk Empire: I may not look forward to the HBO series in the way that I want to each week, but I cannot deny that it has been rock-solid from the beginning and most importantly, has been improving over the past three weeks. It still feels slightly self-involved, but when you’re this good, I guess you can be.

2. Community: NBC’s best comedy (well, until Parks and Rec returns) has had a weird month with the great highs of “Epidemiology” and “The Psychology of Letting Go” and some middling efforts in “Basic Rocket Science” and “Messianic Myths and Ancient Peoples,” but even those weaker efforts deserve a lot of credit for taking interesting and complicated risks.

1. Terriers: This was a total no-brainer, as FX’s new, low-rated series has delivered one fantastic episode of television after another. Terriers is funny, thrilling and most importantly, emotionally resonant week-in-and-week-out in ways that no other series currently on the air can come close to. It pays so close attention to its characters and is powered by damn-great performances across the board.

Well, there you have it. What do you think? Did I miss any series?