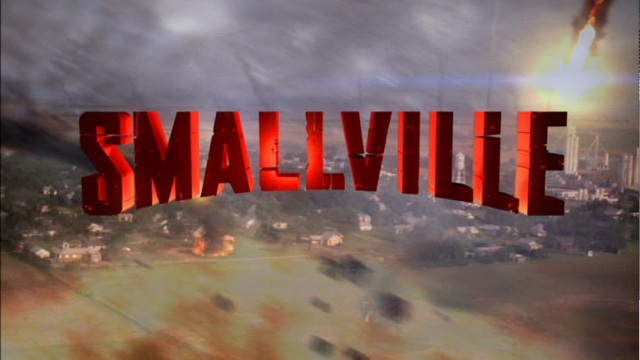 Apologies for the delay in this review, hectic weekend.

When it was announced that Smallville‘s 2011 return would be pushed back a week, I wasn’t really upset. For the most part, this final season has been more scatter-brained and problematic than the last two seasons, despite some very, very great moments. Usually the series is particularly strong in the first half and falls apart near the middle, but this year, it’s been messy from the jump. Of course, that gave me the hope that it would be the inverse of a typical Smallville season — mediocre at the beginning, better at the end.

If “Collateral” is an example of what the series has to offer in its second half, I’m unfortunately going to be wrong.

I know that Smallville regularly borrows from other major popular culture texts, sometimes with questionable degrees of execution. I think most fans can point to episodes like the obviously-lifted-from-Saw “Mercy” and recognize that when the series borrows badly, it’s not pretty. “Collateral” is most certainly not as bad as “Mercy,” but it is an episode that shows its influences on its sleeve with ridiculous abandon that made me cringe from start to finish. I’m not sure why, but apparently Jordan Hawley burned through The Matrix before penning this script because apart from a few Smallville-centric wrinkles, this script spends most of its time redoing the middle part of that seminal sci-fi text without any apologies. It’s possible Hawley though that he could get away with this sort of thievery since The Matrix hasn’t been in theaters for more than a decade, but good lord is “Collateral” a mess.

In case you’re one of the people Hawley hoped to trick with this script, let’s review the erroneous riffing. First of all, the aesthetics of the JLA members hooked up to a fictitious digital world? More or less lifted from The Matrix‘s plugged-in look where the characters are hooked up to a computer in the real world. The rules of this digital world are all about mind over matter, so if you believe you’re in a fake place, you can do whatever it is that you want. Conversely, if you think you’re going to die in the digital world, that fear translates to the real one. Yeah, that more or less covers the initial training sequence between Morpheus and Neo in that first Matrix film. And similarly, Clark’s journey is one that serves as a short-hand version of what Neo goes through in the film. He has an inner strength and everyone clearly believes in him, but it’s his own hang-ups that are really holding him back from escaping/manipulating the fake world.

This is just pathetic. I don’t expect Smallville to reinvent the wheel with its stories, but when you only have a dozen or so episodes left and this is the narrative framework well you’re heading to, there might be a bit of a problem. I understand the challenges in padding out the 22-episode season and the reasoning for using this framework in the first place as it applies to Clark and Chloe’s relationship, but good lord “Collateral” simply lacks any subtlety or real, original direction of its own. The first 20 minutes of the episode consists of Chloe explaining to Oliver, Dinah and then Clark the same exact story about the falsities of the world, how they can manipulate it, etc. and frankly, it’s the worse use of expositionary dialogue I’ve experienced in a very, very long time. Even Allison Mack cannot save this crap.

If we step away from The Matrix thefts, this episode still fails. This series has relied on a short-hand kind of storytelling for a few years now that the budget and cast are so small, but the leaps and bounds this episode takes in positioning Chloe, the JLA folks and the Suicide Squad all together doesn’t quite fit together. I know that Rick Flag has tried to team up with Clark and Oliver in the past, but it seemed as if all those frustrating experiences were put to the side, particularly as Oliver is concerned. I see being blinded by the return of his love, but there wasn’t enough questioning of Chloe to satisfy or justify both her disappearance or return in the context of the series.

And I think therein lies another big problem with this season, one that’s not limited to Smallville. When you’re a long-running series with a rabid fanbase, there is a presumption that you’ll service all the characters by the end of the run. If you don’t, heads may or may not roll. In any event, this episode feels like it’s straining so hard to make us care about where Chloe’s been, what she’s up to now or why she’s really returned outside of the fact that she has some crazy fans and everyone loves Allison Mack. I like Chloe, always have, but she’s been mishandled so much in the last few seasons that I would have much preferred her to just be gone after the season premiere. I understand the desire to circle back to the early seasons and make all the fans happy, but it shouldn’t happen if it’s just derailing any storytelling momentum. That’s what Chloe’s return feels like to me.

Apart from a nice sense of redemption for Oliver, Chloe’s return means nothing to me and I assume she’ll continue to take up a good amount of the story in the next few efforts because the writers feel as if it’s time to give her a heroic send-off. While I did moderately enjoy the final scene between she and Clark, it wasn’t so good that it’s worth spending 3-4 more episodes on her return in exchange. It seems as if Clark has grown up and matured in all the right ways and bringing back Chloe brings him back to the whiny, weak Clark of S5-S8 and the series should not be concerned with those kinds of stories at this point. Chloe is and has forever been, the smartest character on this series. She’s almost always right and when she’s wrong, Clark still has to make the first apology. It’s an unfortunate truth and the series doesn’t need that crap anymore. Clark’s moved on, I’ve moved on.

I imagine I’ll be talking more about these frustrations in the future as Chloe sticks around and others like Lionel, Martha, Kara, etc. continue to make more appearances. I know having four lead cast members is problematic, but I’d honestly prefer to just focus on Clark, Lois, Tess and to a lesser extent Oliver. Those are the core four characters at this point and the series shouldn’t shy away from that in hopes of pulling in some nostalgic fans who just love the early seasons of the series. Especially when those approaches damage the narrative.

One response to “Smallville, “Collateral””