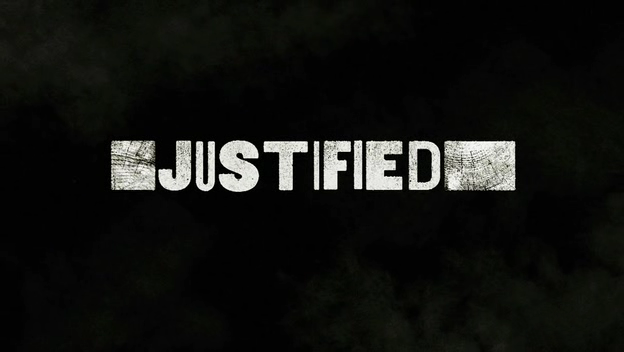 Note: I don’t have a lot of time, but I wanted to get some ramblings down about last night’s episode.

After last week’s epic episode of Justified “Debts and Accounts” is one of those episodes where the dust is settling and characters are trying to position themselves perfectly for when it’s actually all cleared. In the aftermath of the Black Pike deal, so many people are jockeying for new positions and it’s about to get ugly. Meanwhile, Raylan decides that after having to kill Coover, maybe it’s time to take a step back before things get even worse. Which is, you know, coming at around any corner now. This an episode that isn’t as flashy, exciting or heartfelt as the last few, but it’s still an effective, chess-piece sort of effort that sees a number of characters make new decisions and take bold moves.

Ever since he decided to help Winona put her stolen money back, Raylan’s been waiting for the other shoe to drop with Art. Raylan quickly realized that Art knew the truth and even though the events of the last few episodes have given him other things to put his mind on, that’s all over and now it’s time to face the consequences. And while Art tears Raylan a new one at the beginning of this episode in one of the season’s best scenes, he doesn’t really give Raylan what he wants. I think it’s pretty obvious that he was looking for someone to punish him and tell him that he’s been doing wrong, but Art plays it pretty straight and admits that suspending Raylan isn’t going to change how he actually operates, so he’s not suspended and the two of them are just going to bury the crap with Winona, the money and everything else. I’ve talked a lot about Raylan’s slow growth over the series and with this whole story and this specific scene, it feels like Raylan wanted his bad deeds to be acknowledged so that he could have justification to take some time off and get away from all the awful things that are swirling around him. Unfortunately, that didn’t happen and for the rest of the episode, Raylan feels a bit aimless and emotionally wounded in a weird, but compelling way. This was a really, really powerful scene and I appreciate how the series doesn’t make Art out to be some awful dick-head of a boss, but one who recognizes the value and problems that come with Raylan as a Marshall.

Elsewhere, I really liked how the episode portrayed the moves Mags, Dickie and Boyd are making in the post-Black Pike era. Boyd’s motives are always up in the air and although I liked his transition to quote-unquote “good guy” earlier in the season, it seems best to have him serve as an antagonist for Raylan, or at least a thorn in his side. Boyd’s tried to do the right thing, but he can’t resist his Crowder heritage and now with the advantages that Mags gave him in the deal, he’s ready to take over his father’s empty throne and make Harlan County his kingdom. I presume that involves lots of drug dealing, gun-running and violence and I also imagine that Boyd have some personal issues with that moving forward, but it seems like something he now needs to do. Meanwhile, in the aftermath of one of her son’s death, Mags is stumbling around looking for someone to blame and unfortunately for Dickie, it ends up being him. Last week gave us a subtle hint that Mags didn’t want Dickie involved in the family business as much as he thought and this week, we get the confirmation: She’s giving him the weed business, but aside from that, he’s out of the family and Doyle is going to be eventually taking the reigns. Because of this, Dickie decides that he’s going to fight back against his mother and brother, which will surely end well.

It’s sort of amazing how this season developed. The last few episodes could have easily been the run up to the finale, but now they’ve come and gone and something more exciting and probably much worse for Raylan is coming down the pike. We’ve had our big blowouts and now it’s time to deal with the consequences, which are often much messier than the original events themselves. And on Justified, messy is always so much better.