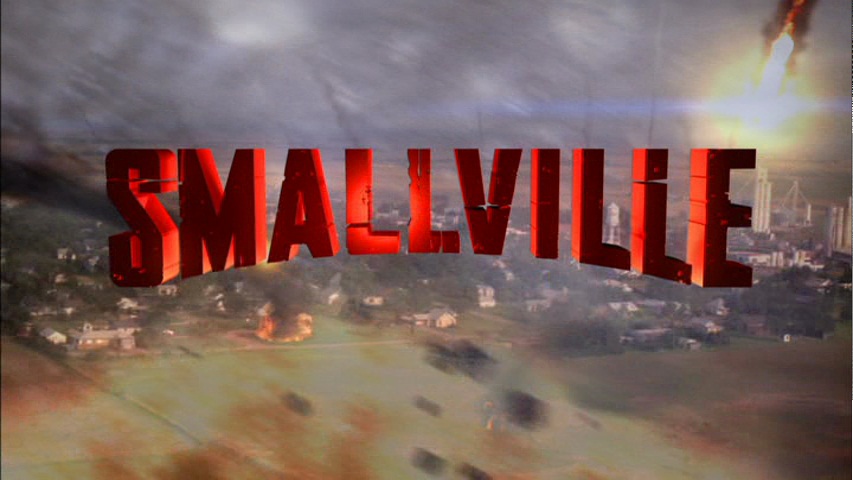 With only five more weeks of Smallville, there are mixed emotions in the TVS headquarters. To work out those conflicting feelings, I’ll be writing a pre-episode piece every week from here on out until the final episode on May 13. You can the first four pieces here, here, here and here if you missed them.

This week, I decided to go ahead and write two pieces. The first comes today and the second will arrive tomorrow. I’ve covered some of the major topics and concerns surrounding the end of Smallville and I hope you’ll go back and take a look at those if you haven’t yet. For anyone who reads this site on a somewhat regular basis, you know that I enjoy doing lists. With the series coming to an end, it seems fitting to take a look back at the 10-year run and discuss the highs and the lows, this time in season-long form. Clearly, there are still two hours left of this season that could alter its position on this list. But when I crafted this top-10, I considered the impact both a fantastic or a terrible would have on season ten’s place among the rest of Smallville‘s offerings. I’ll probably revisit the list in my review of the finale, but I still feel pretty confident in my rankings nonetheless. A finale, no matter how good or bad, should not COMPLETELY alter an entire season, even in an odd case like the final season of this series. So without further ado, here’s my ranked list of the seasons of Smallvile, from worst to first.

10. Season One (2001-2002): The introductory season of the series has its charms and its rhythms, but it’s so singular and different compared to the rest of the series that it’s difficult not to put here. There are some really good episodes at the beginning and at the end of this season, but apart from setting the table for the awesome stories that are to come, it’s mostly innocuous filler, especially compared to what came after. I don’t hate the freak-of-the-week storytelling, but I certainly don’t love it either.

9. Season Seven (2007-2008): I’d like to blame this extraordinary messy season of television on the Writer’s Strike, but that would be giving Al Gough and Miles Millar the easy way out. The original creators of the series were never strong showrunners and by the time the series arrived to its seventh season, they were clearly bored with their jobs and thus decided to destroy the series from within. From the horrible ways in which Kara was introduced and used to the final slaps of destruction done to Clark Kent, season seven is supremely awful in most spots, save  the final, strike-rushed arc with Lex and the Veritas nonsense. The series loves its retcons, but Veritas felt like the most successful one and is really the only thing keeping S7 from the nadir of this list. This is the season that most people probably stopped watching and stopped caring about the series, and I can’t really blame them.

8. Season Six (2006-2007): Season six is a complicated transitional year for the series. In a lot of places, it’s very, very good. The introduction of Oliver and the subsequent Justice League episode was fun. The Phantom Zone wraith plotline was actually handled well throughout the season. But the implementation of the love triangle between Clark, Lex and Lana drags this season down so far. All three characters act like shells of their former, better shelves throughout this season, from the faked pregnancies to crashed engagement parties, it’s all just so terribly soapy and flat-out terrible. I understand the reason why the series had to go there, I just wish it would have been better executed.

7. Season Ten (2010-2011): I wish this weren’t the case, but I find it hard to put this current season much higher. I said this in my review of last week’s episode, but it feels fairly obvious to me that the writers didn’t really have enough story to tell across 22-episodes. The first half of the season was rock-solid and entertaining, but the second half has been full of straight-up lifts of other, better stories, which clearly screams at high decibels a lack of ideas. I’m 99 percent sure that the finale is going to be fantastic, but four or five all-time episodes and then a lot of “meh,” does not a great season make. Season ten has probably been more consistent than other seasons, but it’s been consistently humming along at a 6 or an 8, instead of hitting that higher level every once in a while. If “Finale” is the best episode of the series ever, it might go up a spot, but probably not much higher than that.

6. Season Four (2004-2005): Much like season six, this one had so many tremendous individual moments and episodes, but couldn’t really pull it together in a season-long narrative. S4 is jam-packed with some of the series all-time best episodes — “Commencement,” “Onyx,” “Run,” “Transference,” “Crusade,” are just a few of them — but most of the episodes that are not fantastic are pretty bad. This is the mostly wildly inconsistent and thus frustrating season of the series, by far. The writers knew exactly where they wanted to and need to go, but had stumbled in actually getting there because they thought it might be a good idea to give Lana witch abilities and spend lots of time on Clark playing football. This season is hotly entertaining, both intentionally and unintentionally, which I guess makes it better than some of the seasons below it.

5. Season Nine (2009-2010): For whatever reason, Smallville‘s MO is to have one really great first half of a season and then completely fall apart with a series of dumb, middling filler episodes in the 13-20 range before pulling it all together at the end. The way that the series consistently displayed this phenomenon (S5, S6, S8, S9 and S10 are all obvious culprits) probably personifies how inconsistent Smallville is overall. Like I mentioned, season nine is one of those seasons. The first 11 or 12 episodes are up there with the early S5 run for me, but after the big JSA event, the season started to slump into a realm of stupidity, plot holes and character inconsistency. There are some obvious bright spots along the way (“Checkmate” and “Charade”), but the second half of season nine is mostly saved by its fantastic final episode. Nevertheless, those early episodes are really, really great, in both their development of Clark and Lois’ relationship and the season’s flash-forward plot device (which I never thought they’d be able to pull off in the way that they did).

4. Season Five (2005-2006): I will be the first to admit than the first 13 episodes of season five is probably the strongest and most consistent Smallville has ever been. Those episodes are wonderful and they tell a nice, complete story that has a depressing, but wholly satisfying. This is of course why the final nine episodes of S5 might be the most disappointing in the series’ run, as they completely piss away any and all momentum built up in those first baker’s dozen episodes. Clark and Lana break up roughly 832 times during those final nine episodes, the writers randomly decided to revert back to a season one-level of stupidity in the freak-of-the-week plots and Milton Fine doesn’t have a large enough role until it’s clearly too late in the season for it to really matter. The final two episodes see a substantial up-tick in quality, but it’s really not enough to raise the overall quality of this one.

3. Season Two (2002-2003): This is the season when I actually started to care about Smallville. Season two still finds time to dive into the teen drama and freak-of-the-week aspects that aren’t the series’ strong suit (especially in the early years), but it builds the mythology and expands the world in a really impressive way. Season two of the series is really consistent, even if it doesn’t reach the high levels of quality that the two seasons above it on this list do. It balances the freak-of-the-week stories and the character development better than any of the other six pre-Metropolis seasons and still stays true to the foundation built up in the first season.

2. Season Eight (2008-2009): A few years ago, if you were to tell me that Lex, Lionel and Lana would all leave the series and the season following all that movement would be the series’ best in ages, I would have slapped you in the mouth with a sock full of nickels. And yet, here we are. Season eight has one really bad finale holding it back, but otherwise, it’s a consistently entertaining block of episodes. Most importantly, it somehow figured out how to transition out of the funk Smallville had been in for a few years without it seeming like a completely different story. Sure, it’s totally ridiculous that Clark gets a job at the Daily Planet, but I’m fully willing to forgive that blip when this season finally gives us the Clark-Lois team-ups (and attraction) we’d been waiting for. Moreover, despite the hackneyed ending, I found the Davis/Doomsday plot to be really smart and economical for what kind of resources this production has and the focus on Clark and Chloe’s friendship was a much-needed respite from all things Lana. Even the middling episodes are fun and entertaining.

1. Season Three (2003-2004): Without a doubt, absolutely no question. Smallville‘s third season is the best. There are some clunky episodes along the way, but what is so fantastic about season three is how it actually explores the consequences of some of Clark’s (and Jonathan’s) actions. From those great opening episodes until the wonderful finale, this season is all about the aftermath of the all the misguided and irrational choices made by all the characters, dating back to the second season. So often on this series, it never felt like the writers actually had a plan for the season, at least as far as a season-long narrative goes. In season three, that’s not the case. This is of course the darkest season of the series, but it’s a color that actually works really well for the series, especially with Clark spending more time in Metropolis here. Lionel gets to be the Magnificent Bastard, Clark and Lex’s relationship completely falls apart and Chloe’s dance with the dark side foreshadows the strong-willed woman she’ll become in later seasons. Anytime I want to remember how good Smallville can be, I think of this season.

What are your thoughts? Sound off below!

3 thoughts on “Waiting for Superman, week five part one: Ranking the seasons of Smallville”