On letting go: Musings on Lost’s final season one year after the finale 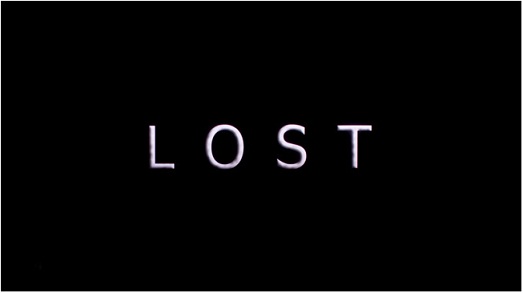 You’re probably aware of this, but today is the one-year anniversary of Lost‘s finale episode, “The End.” One year ago, the biggest television phenomenon of the 21st century came to an end, overwhelming some and frustrating/enraging more. For me personally, it’s been something of a whirlwind year, especially as far as television goes. I started this web site a few weeks before the Lost finale, so writing here allowed me to watch and discuss dozens and dozens more television series and sort of fill the void of Lost without even really trying to do so. Over the past year, I’ve thought about Lost, but in those moments I was disappointed in how the fervor was gone. For the six years it was on the air, Lost was most definitely one of the most important things in my life. I watched it constantly, talked to anyone about it, scoured the internet for clues/answers/whatever — and then it was just over. And my life went on. I started to wonder if I had inflated Lost‘s importance or if I had somehow actually hated the final season more than I thought (you can go back and check out my rambling thoughts on “The End” here and here).

But a few weeks ago, I saw one of my Twitter pals Tim talking about his viewing of the sixth season (you should also read his thoughts on the viewing experience as well). I had some free time, so I decided to dive in as well. Barely a day later, I had torn through all 18 hours of S6. More importantly, all those doubts and concerns I had about the importance or quality of the series were gone. All it took was a short re-watch like that to remind me of why I love Lost more than any other television series of all-time and how that probably will never, ever change. But perhaps most interestingly, I was shocked by how little of season six’s low points (sup, Temple?) bothered me. And by how little, I mean not at all.

There’s always something to be said for watching things on DVD and perhaps even more to be said for re-watching things on DVD, but burning through that full season in such a short time was one of the most rewarding DVD viewing binges I have ever been on. I fist pumped, I laughed, I cried on a number of occasions and it was all wonderful. These were episodes and plotlines I had seen before and reacted to somewhat differently the first go around, but here, things like Jin and Sun’s death or Charlie, Claire and Aaron’s reunion just WRECKED me. I barely emoted at all the first go-around. At first, I struggled to really wrap my mind around why this was happening, but I eventually came to a few conclusions that I wouldn’t mind sharing with you here on the anniversary of the finale’s airing. First of all, my knowledge of what the flash-sideways universe is and what answers were coming probably freed me up from the clue-hunting and theory-building that dominated all Lost-related viewing experiences since the pilot airing in September of 2004. Even all the way up to the airing of “The End,” we had no clue what the hell was going on. Stepping away from all that was a tremendously cathartic experience that I didn’t expect.

Related to that and definitely more importantly, season six is just so-character heavy. During the run up to and throughout the finale season, Damon Lindelof and Carlton Cuse constantly talked about how season six would provide character resolutions first and feel mostly like the first season in its intense focus on the people, especially those who crashed on Oceanic 815. I wasn’t one of the people who JUST NEEDED TO KNOW everything, but I think I sub-consciously didn’t fully embrace what Lindelof and Cuse were saying and doing in that final season until my recent re-watching. Sure, I really did love all of these people, but I still wanted to know some stuff, you know? So although I completely saw the character arcs and elements of the final season during its original run, I was probably still distracted by the mystery.

But during the re-watch, all of that was gone and didn’t fully matter. I was able to embrace and enjoy how much time the final season spends on the journey of these people, particularly Jack, Hurley, Ben, Richard, Claire and even Kate. The island story does include a lot of jungle-walking, but that sort of covers up the fact that not a whole lot actually happens. The Man in Black’s plot to bring all the candidates together plays much better in succession, but there’s still a lot of time spent on the characters dealing with their biggest hang-ups. Jack lets go, Hurley steps up, Ben fesses up and Claire wakes up. Not everything works, as Sayid’s transition from dead to alive to claimed to not claimed is still confusing and poorly-developed, but the way the final season circles back to moments and beats from the early season is much more noticeable and successful on second viewing.

Which brings us to the flash-sideways. I liked them more than most the first time around, but I really seemed to love them here. Once you know what this world actually is, it becomes much easier to sit back and watch these flawed and broken individuals try to put themselves together and fix their final, biggest issues one more time. The FS universe is completely character-driven, we just didn’t know it at first. I still would have preferred if the ramping up of the story with Desmond going out and recruiting folks started a few episodes earlier and if some characters were given more to do, but those complaints are ultimately fairly minor.

Ultimately, what makes season six so damn good is what makes so damn good: these people. They have been gone from my life for a year and I thought I had moved on, but I really hadn’t. Like the characters on the series, I had too many issues to work out with Lost and like them, I was stuck in my own version of the flash-sideways universe for almost a year, trying to figure out what was going on. I had my own hang-ups (maybe I needed more answers, maybe writing about the series pulled me out of the emotions of it) and I needed to work them out before I could truly embrace the things that I love(d) about Lost. Sure, I’ll never forget the time I spent on LostPedia or all the conversations I had or the podcasts I recorded, but it really was the emotional connection to this series that mattered most. And watching the final season for the second time served as my “awakening” or whatever you want to call it. Now I’m ready to let go, not of Lost but those things that were holding me back from properly loving Lost as I should have.

Like Loading…
← Checking in with Friday Night Lights Season Five
→ Season Finale — Supernatural, “Let It Bleed” and “The Man Who Knew Too Much”

One response to “On letting go: Musings on Lost’s final season one year after the finale”