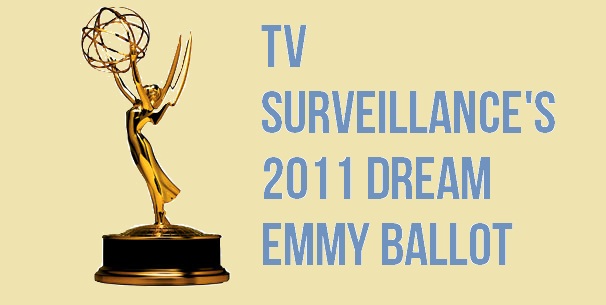 It has been a long road thus far, but today we finally move into the leading performer categories. I know you are excited, both for this category and because that means we are inching ever-closer to the end of this exercise in wishful-thinking prognosticating. Kicking things off in the leading categories is Lead Actor in a Comedy Series. The list of possibilities isn’t as deep as I had initially thought, but there are still enough lost causes for me to vouch for with this post. Let’s do this thing.

Steve Carell has never won an Emmy in this category for his performance on The Office. We have somehow gone wrong as a society and my lord, we should rectify that atrocity in Carell’s final year on the series. Thankfully, the series’ production team gave Carell countless opportunities to strut his stuff, as they built the entire season solely around his departure. And even though most of the goodbye vibes were not actually about his Michael Scott and instead just Carell himself, he still played every wildly inconsistent shade of Michael’s persona with gusto in season seven. I’d like to assume that the last few episodes, which balanced humor and heart, would be easily consumable for even the most jaded Emmy voter. I am usually not in the business of advocating for lifetime achievement kind of awards, but Carell deserves it, for his full body of work and for this season in particular. Let’s make this happen, folks.

Though Community became much more of an ensemble in season two, Joel McHale’s Jeff Winger is still its obvious, self-absorbed center. He might have had a lot less to do just based on sheer amount of screen-time or A stories, but I think that was actually beneficial for the character and McHale as well. His performance was a bit less smarmy and sarcastic in season two, which might make him more appealing to voters. Moreover, I’d argue that he showed much greater range in season two, most notably in his intense breakdowns in “Intermediate Documentary Filmmaking” and “Critical Film Studies.” He’s become just another great, shiny jewel in the beautiful crown that is the Community cast, but I’ve clearly shown my biases as to how I feel about the entire cast. People seem to think that he has a chance to be nominated, but that feels mostly like an internet-induced possibility that has nothing to do with how Emmy voters usually react. I wouldn’t bet on it, but it would be awesome.

Picking Louis C.K. in this category isn’t just about his traditional acting on Louie, which is solid, but not amazing. But that’s not really the point. By now you probably know that C.K. writes, directs, edits and stars in Louie, one of the most interesting and complex series on television. A lot of the time it feels like he’s just playing a slightly exaggerated version of himself, but when combined with his expert writing and obvious skills as a director and editor, C.K. pulls an intriguing performance out of himself that is funny, weird, sympathetic, awkward and always interesting. Heck, I’d argue that C.K.’s best performances in season one were in the more dramatic, dark episodes, which further conflicts the probability he’d be nominated. Louie feels like a series that the Emmy voters would stay very, very far away from and that’s just a damn shame.

While Community and Parks and Rec were winning over the hearts of the internet and The Office drew attention for Steve Carell’s final season, 30 Rock had a somewhat sneaky resurgence in season five (it really started at the mid-point of season four, but let’s just move on). And although Alec Baldwin has always been winning on Rock, he does his best work when paired with Tina Fey or when Jack is scheming to get to the top of the corporate ladder, two things the problematic parts of seasons three and four got away from and this season smartly renewed focus on. In season five, Baldwin’s Jack faced off with a teenage girl for positioning within Kabletown’s ranks, saved all Liz’s problems with a Reagan-like winning streak, had a baby and deal with past, future and alternate versions of himself. Even in middling episodes of the series, Alec Baldwin is fantastic. He’ll get another nomination and he deserves it.

As most people have noted since Lowe made the decision to enter himself into the lead category, Rob Lowe is not the leading male performer of Parks and Recreation. I think most fans of the series would agree that he’s unquestionably the fifth male lead behind Nick Offerman, Adam Scott, Aziz Ansari and Chris Pratt. It’s laughable that Lowe entered himself here. However, Rob Lowe is awesome as Chris Traeger and more or less deserves a nomination no matter what category he’s in. If you’ve seen “Flu Season,” you definitely agree with me. Chris is a broad character in a more subtle world, but Lowe’s inherent charm and likability keep him from becoming too annoying or cumbersome.

Danny McBride, Eastbound and Down

Eastbound and Down is not an Emmy voters kind of series and I’ve sort of grown tired of Danny McBride’s shtick in film, but his work as Kenny Powers is fearless, committed and insane in all the right ways. Season two asked McBride to take the character into darker, more complex territory and he was absolutely up to the challenge. It takes some real skill to play someone who nearly lacks all self-awareness but will randomly gain perspective in realistic ways (as opposed to the ridiculous man-children Will Ferrell often plays), but McBride makes that part of Kenny Powers work. KP is an ignorant, awful, selfish person, but deep down, there’s something pathetically endearing about him that I cannot shake. Even in a list with two major long-shots in McHale and C.K., I’d bet that McBride is the longest of them all. That’s fine, he still deserves some dap.