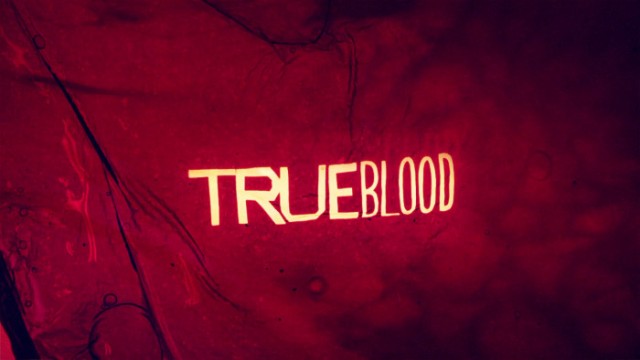 After last week’s disastrous season premiere of True Blood, I saw a number of tweets from critics and fans watching on HBO GO that episode two, “You Smell Like Dinner,” was a dramatic improvement. A few folks even told me that it was one of the better episodes the series has done in a long time.

Well, there is good news and there is bad news. The good news is that “Dinner” is an improvement over the premiere. The bad news is that it’s still not very good. If this episode is supposed to represent “one of the better” offerings True Blood can muster up, I think not only does the series have a serious quality problem, but the audience has an expectations problem. Or maybe I just do.

Like I said, I will admit that there are a lot of things to like about this episode. For starters, it’s much better paced than the premiere and has a much stronger, propulsive flow to it. Most of that probably stems from the lack of fairyland visits and house-keeping that comes with jumping ahead one year in time. But even separate from that, “Dinner” moved really well, which always suits the series. True Blood is never going to be good at slowing things down and focusing on intimate character development, so it’s better off burning through plots with rapid edits like a narrative on V, frankly. This effort doesn’t reach those possible heights, but it’s a nice sign for the future I think. Quickly moving from plot to plot restricts me from getting angry at how terrible Tommy is or how unfortunate it is that Hoyt and Jessica can’t be happy for more than five onscreen minutes. That is not the most glowing praise I have ever given a series, but it is a start, I guess.

This episode works because it streamlines the plots a bit and primarily focuses on the two best things about True Blood right now: Eric and Bill. I have no real investment in who Sookie chooses to be her mate of the moment, but I found Eric’s forceful charm to be really great. His posturing over keeping Sookie safe and doing small things like fixing the screen door was not only humorous, it actually made some rational sense, which is nice for this often insanely stupid series.

Moreover, the trips down memory lane with Bill were similarly effective. I’ve said this in almost every review of the series that I have ever written, but Bill is an infinitely more compelling character when separated from the albatross of his love for Sookie and therefore, early S4 Bill is most certainly the most likable he has ever been (but again, I don’t give a crap about who ends up with who here). Every season, the series starts to rub up against the political machinations of the American Vampire League without totally embracing it full-force, but learning that Bill has been totally in the tank for Nan’s cause for a long time is an interesting twist. For a character who appeared so pure and heroic at first glance, Bill sure has a boat-load of secrets and back-alley deals (literally) in the works. I think this episode did a much better job of exploring Bill’s slightly shadier side than whatever the heck those early season three episodes attempted and I certainly want to see more of King Bill and what the AVL’s plans are for him.

Finally, I did like how this episode jumped right into the vampire-witch nonsense. I had a slight fear that we were going to be subject to dozens of scenes with the coven across multiple episodes as they slowly built up their power, until finally Bill and/or Eric figured out what the heck was going on right under their nose. Thankfully, Bill’s mole gave him all the information he needed to send Eric — the role reversal between the two of them is very palpable as well — to the coven and destroy it. Unfortunately, things don’t actually go as planned, the witches survive and it looks as though they did some serious damage to Eric.

And by serious damage, I mean HE LOST HIS MEMORY. As a series with such obvious roots in the soap opera genre, it was only fitting that True Blood finally took on an amnesia story, but there is no written word or phrase to fully describe how loud I laughed/groaned when Eric did not recognize Sookie at the end of the episode. Again, even though I’m not remotely invested in if Eric and Sookie together, I would much prefer them to do so through more logical, mature means. Meaning, I would prefer that Sookie start to recognize the kind of value and intrigue someone like Eric brings to the table instead of falling in love with him because he’s not actually himself (he doesn’t even appear to know he’s a vampire). If the series goes this route and Sookie is able to train Eric to be a better, more genuinely polite and kind vampire — you know, just like the Bill she thought she loved — I am going to continue to express my laugh/groan all season long. It’s just a cheat and it’s stupid.

Most of the other stories progressed at a typical, but not wholly annoying pace this week, which I guess makes for a more pleasant viewing experience. Sam’s new gal-pal Luna is somewhat interesting, but the character and the relationship feels entirely rushed and underdeveloped for where it has progressed in just two episodes. Tara wasn’t too annoying, but also didn’t tell Sookie or her girlfriend about the other, Hoyt and Jessica and Terry and Arlene continue to be stuck in separate series from everyone else (including one another) and the less said about Jason’s “experience” in the V-drenched junkyard the better. Poor Ryan Kwanten.

Perhaps last week’s suck-fest was the series’ nadir and perhaps that episode was a victim of circumstances — time-jump, fairy stupidity — that future episodes won’t have to deal with as much. “You Smell Like Dinner” is most definitely an improvement over the premiere, but it’s not so much of a substantial improvement that I’m convinced True Blood has righted the ship even slightly. Even the most well-paced of episodes cannot make up for the fact that 70 percent of the characters are trapped in pointless, detached, dumb or a combination of all three kinds of stories. True Blood is probably never going to solve this problem, so yeah, at least this episode wasn’t dreadful and boring like the premiere. Yay?

One response to “True Blood, “You Smell Like Dinner””