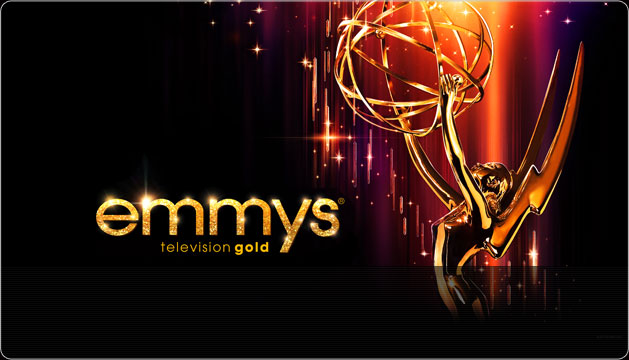 Happy Thursday everyone. There are just three days until the Emmy ceremony this Sunday on FOX and only two days left in my prediction process. Tomorrow we take on the series categories, but today it’s time for the final performance races: Lead actor and actress in a drama series. Both categories could be very interesting or could go down obvious routes. Let’s discuss them, shall we?

What won’t happen: I love this category so much. Six worthy nominees who turned in fantastic performances. And without Bryan Cranston in the mix this year because of Breaking Bad’s wonky scheduling, the field is presumably wide open for any of these gentlemen. Michael C. Hall, Jon Hamm and Hugh Laurie have 14 nominations between them over the last seven years and unfortunately have exactly zero wins to show for it. Any one of them could break through this year. Timothy Olyphant and Steve Buscemi are newcomers to this category and both are coming off much-discussed seasons for their respective series. And I still can’t believe that Kyle Chandler is in this race for the second year in a row. This category is stacked. Nevertheless, I think there are three nominees that we can cut out pretty quickly. Everyone loves Hugh Laurie, but it sure seems like House’s time has passed – it didn’t nominated in drama series again this year – and there are too many other actors in the category that people are in love with right now. Timothy Olyphant’s nomination was a small surprise and like his co-star Walton Goggins, I think that’s going to have to do for 2011. Finally, Kyle Chandler. I love you and Coach Taylor so much and it’s wonderful that the Emmy voters figured out your greatness. Nevertheless, the win is nearly impossible. Clear eyes, though.

What could happen: This leaves us with the two long-time bridesmaids Jon Hamm and Michael C. Hall and the new guy on the block Steve Buscemi. I recall that many people assumed last year would be Hall’s turn, with the cancer recovery, the Golden Globe and the great Dexter season and all, but Bryan Cranston and the Emmy voters had other plans. This scares me. The voters are kind of dumb, so I could easily see them picking Hall to win this year even though it doesn’t make the same kind of “feel good” story and season five of Dexter mostly sucked. Jon Hamm is the one who has been screwed by Cranston’s run the most. His work as Don Draper is tremendous and worthy of any and all awards. He also has the advantage of submitting one of the best episodes of television I’ve ever seen in “The Suitcase.” But we can’t forget Steve Buscemi. He won the Golden Globe earlier in the year and HBO might have been able to convince voters that Boardwalk Empire’s first season was so good that Mad Men didn’t look as impressive. Maybe.

What should happen: This is tough. Hamm’s performance in “The Suitcase” is so dense, multi-faceted and complex that it is hard to not put all my fake weight behind him. But I have to go with my heart here and pick Kyle Chandler. His five-year run as Coach Taylor deserves some recognition and I’d argue that season five was full of the most wonderful Coach moments since season one. It was a great concluding year for him. He deserves it.

What will happen: If you look at the other categories, I’ve gone back and forth between which prestige drama will dominate the ceremony, Mad Men or Boardwalk Empire. I think Men is the better series, but shiny new things, especially from HBO, Martin Scorsese and Terry Winter, scare me. Jon Hamm wins this. He has to, right? “The Suitcase!”

What shouldn’t happen: This race is slightly less complicated and packed as the male side of things, but there are definitely still a few things worth discussing nonetheless. Mariska Hargitay is an institution in this category – do you realize this is her EIGHTH STRAIGHT nomination in the category? – and therefore always a threat to win. It’s hard to say that I would be surprised if Kathy Bates won, particularly after Paul McCrane won in the guest actor category for his work on the much-maligned but surprising popular Harry’s Law. Julianna Marguilies was supposed to win this award last year for her great work on The Good Wife and somehow Kyra Sedgwick stole it from her and then followed that up with no nomination. The Emmy voters, everyone! Elisabeth Moss has officially grown into the leading lady on Mad Men and she also submitted “The Suitcase,” the aforementioned amazing episode. Like her co-star Kyle Chandler, Connie Britton grabbed a second, but still surprising nomination. And despite all the crap the series (rightfully) received by the end of the first season, Mireille Enos’ performance in The Killing pilot is solid. But neither Britton nor Enos have a chance in hell of winning this award. That’s really unfortunate for the former, but Friday Night Lights’ profile just isn’t high enough. I’m also just going to blindly assume that Mariska Hargitay isn’t a real, substantive threat to win this year. But I would have said the same thing about Kyra Sedgwick last year, so.

What could happen: That leaves us with Kathy Bates, Julianna Marguilies and Elisabeth Moss and I think each have a good chance of winning. Bates’ chances really scare me, if only because it’s the kind of showy performance from a well-known quantity that tends to go over well with Emmy voters. I’d even bet that she receives more votes than Elisabeth Moss, which is just unfortunate. Again, however, if Mad Men finally goes off in the performance categories, she should be in line right behind Jon Hamm as a worthy winner. And Marguilies should have won last year. She’s still the favorite as far as I can see.

Who should win: Just like in the male side, I’m torn between my heart and my head. Connie Britton is just as deserving as Kyle Chandler, even if she had better material to work with in earlier seasons. But damn, Elisabeth Moss was so good in “The Suitcase.” Screw it, I’m going with my heart again – it’s Britton.

Who will win: Barring any weirdness, Marguilies takes this. I don’t think The Good Wife wins in any other big category and this is where the voters celebrate the best network drama. She’s a worthy winner.