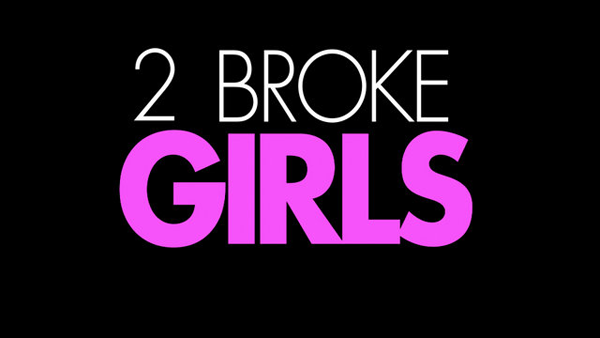 The next couple weeks are going to be insane. There are so many new series debuting and unfortunately, there is only so much time in the day for me to write about television while balancing my “real” life. You know, the one I spend on Twitter. ANYWAY, I’m going to try to touch on each new series once it airs a pilot, but these posts probably won’t be too long or too in-depth unless they really need to be. And if certain things debut together, I’ll probably talk about them together.

By now, you folks know my rules for the opening episodes of sitcoms. Comedy pilots are rarely good and outside of Modern Family, all of today’s great comedies had problematic (sometimes very problematic in the case of something like Parks and Recreation) pilots. There’s no way to hone in on the cast chemistry, actor rhythms and writing styles in the pilot stage. Writers, producers and actors are obviously trying to do the best they can to get picked up, but if a comedy is truly good, we probably won’t really know until episode five or six. However, it’s always good to see comedy pilots that show promise, that offer some glimmer of hope in the early stages.

And I think 2 Broke Girls is one of those pilots. This opening 23 minutes isn’t overly great and definitely isn’t that funny, yet it lands a few moderately funny jokes and succeeds with the light emotional beats in the final act. Girls is a multi-camera comedy on CBS Monday nights. I’m not expecting my world to be turned upside down with an emotional connection to these characters or a overly-developed comedic sensibility, but this pilot does a really good job of establishing the world and its two lead characters while providing a handful of nice jokes. I wouldn’t hate hanging out with these two women or in this specific diner, it definitely has some personality to it. In a comedy pilot, especially one on CBS where the network loves to fiddle and fiddle until the edge is sanded off, there’s really not much else I can ask for.

The one thing I don’t like about CBS’ non-HIMYM comedies is how mean-spirited they are. No one on the Chuck Lorre sitcoms feels like they like each other, hell I’m not even sure that they can even tolerate those around them. The Big Bang Theory‘s Sheldon is something of a bully, Charlie Sheen’s character on Two and a Half Men was a bully and everyone on Rules of Engagement wants to kill themselves.* Mike and Molly is the least malicious of the rest of CBS’ comedic output, but I think you get my point. Everyone’s miserable! Watching characters hate each other just makes me want to hate them. It feels like a bad way to tell a comedic story on mainstream television.

*Or that could be just how I feel after watching Rules of Engagement. It’s all the same to me.

The ladies of 2 Broke Girls are thus a nice breath of fresh air. Clearly they don’t get along in the first half of the pilot and are going to have hundreds of arguments about money, class, boys and proper waitressing decorum over the next 600 episodes CBS airs. Nevertheless, there is a sense that by the end of the pilot, Max and Caroline actually like and sympathize with one another. There’s an establishment of a legitimate relationship that can grow and change over time. And although Max is clearly our primary entry point into this fictionalized version of Brooklyn, she doesn’t dominate the running time and she isn’t flawless. Kat Dennings’ charm goes a long way and Max gets to crack a lot of wise, but she doesn’t bully Beth Behrs’ Caroline. Max makes mistakes too and Caroline is given enough agency to feel like a real person instead of a terrible, dated Paris Hilton cliché.

I also thought it was interesting that this pilot presented an ongoing propulsive narrative element in the cupcake business. It’s not the Mother mystery on HIMYM or anything, but it was a nice little touch that easily tells the audience what kind of series 2 Broke Girls is and what kind of episodes they will probably see in the first season. We know where this is all headed.* I don’t expect the cupcake business to be an overly dominate story element week in and week out, but it should be able to provide Michael Patrick King and his writing team with an engine when necessary.

*You know, unlike with whatever the hell is going on with HIMYM. Those damn writers.

I think I prefer the Up All Night pilot just a bit over 2 Broke Girls, but this one is more even and well-established at this stage. Girls might not have been overly funny, but I understand the lead characters, their relationship and their basic motivations in the upcoming episodes. It shouldn’t take much tinkering or altering to make 2 Broke Girls into a legitimately good sitcom, this is a relatively fully-formed beast that is likable, relatable and solidly funny.