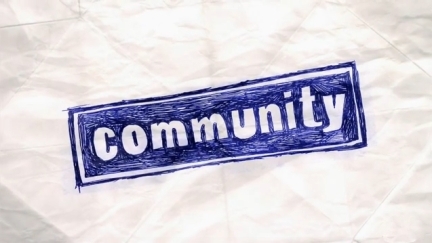 The nature of the television sitcom is often, if not always, in direct conflict with substantial character development. Critics and people like me want to pull at thematic threads and discuss the big moments for our favorite fictional people, but when it comes to a sitcom, even one as complex, complicated and interesting as Community, sometimes we pull and discuss too much. We also expect more – not just more big laughs or theme episodes, but real “character development.” It’s great that we do that but it’s also problematic in ways because for all its greatness and complexities, Community is still an American sitcom on a “major” – sorry NBC – broadcast network airing on the biggest night of the week. Dan Harmon can get away with a lot of things. Dramatically altering his characters on an episode-to-episode or even season-to-season basis probably isn’t one of them and I’m not even sure he wants to go that far too quickly.

This is all a lead-in to my mindset during tonight’s very solid episode, “Geography of Global Conflict” and how I’m approaching this season in general. It is very clear even from these first two episodes that this season is going to be all about the characters addressing their most obvious character traits/faults and trying to figure out how those things play into who they want to be in the future. Last week it was all about Jeff recognizing that opening himself up to caring for others meant that he needed them to care for him right back. This week, we move right along to three other characters pretty quickly and obviously dealing with major identity issues: Annie realizes that to be a great young woman she has to stop acting like a child; Britta struggles with whether or not becoming a functioning member of the real world means losing old, terrible self and Chang tries to regain some of the power and control that he so desperately needs because the rest of his life is pretty terrible.

Generally speaking, I think this episode did a fine job of exploring these issues for all three characters in the time they had. Splitting up the time among three lead characters while throwing in a ridiculous, but tremendously funny and biting model United Nations summit-off and more Annie-Jeff sexual attention doesn’t leave a substantial amount of time for each character’s “development.” And I guess that’s kind of my point that I wanted to hit on: There’s never really going to be enough time and the change isn’t going to be that dramatic.

Annie is always going to be a Type-A know-it-all. Britta is always going to want to change the world but not be able or truly willing to do anything about it. And Chang is always going to be a pathetic little man grasping at the power he probably doesn’t deserve anyway but somehow has. This is a sitcom, its main purpose is to make us laugh. And although this season is supposed to be all about the characters facing themselves and their issues, this could very well be what episodes about those kind of stories look like. Not every episode can tell us a moving story about Abed’s disconnection from the world or Troy’s desire to be a cool, hip young man through Claymation or a zombie attack. I think I am fine with that, but I am curious to see how other folks react as we move forward.

In that regard, the biggest problem with “Global Conflict” is really that there just isn’t quite enough time to fully explore Annie, Britta and Chang’s issues. Obviously, this is episode two and there are surely 20-22 more – knocks on wood – so I can’t complain too much. However, I think Annie’s story in particular could have used another scene or at least one that didn’t directly involve Jeff or any of their underlying, smoldering sexual tension.

Don’t get me wrong, I think Jeff and Annie are an interesting, entertaining pair. Nevertheless, it does feel like the writers are screwing with the audience and have been for a season now. They don’t need to be an item, but the constant and winking holding pattern is a bit straining, especially when every episode that involves Annie and some school-related event turns into a referendum on how she interacts with Jeff (see: “Debate 109,” “Intro to Political Science”). I get that their relationship is popular and I quite liked how this episode used it to discuss both of their individual issues with age and how they’re portrayed because of it, but their conversation in the study room quickly turned to “Annie/Jeff sexual tension time” when it probably could have used another few lines about Annie herself. Plus, I’m not entirely sure why Jeff was so gung-ho to help Annie out in the first place. Perhaps it’s part of his decision to be more involved with the group and generally be a better guy? OK, maybe that’s a solid reason. Nonetheless, that scene felt a bit repetitive. Annie giving up the “real” victory and working within the team framework was a good little conclusion, though.

Despite lacking just a little character work, I think the Model United Nations Summit-off is one of my favorite random things the series has ever done. Martin Starr was wonderful in his guest role as the professor obsessed with Model United Nations groups and the UN in general and his final decision about the rhetorical fascinations of the UN was a real treat. The way the whole sequence was cut together, with the floating heads, Garrett yelling “Crisis Alert,” the sheer number of people in the crowd, Pierce inadvertently turning Somalia into a peaceful, luxurious vacation hotspot and Abed’s Fringe-like obsession with the parallel universes of both Model UN’s, probably couldn’t have worked any better. This is one of those small, but ultimately gloriously awesome ideas that the series’ writing staff dreams up and somehow makes work (like the blanket city case sequence from “Conspiracy Theories and Interior Design”). I hope the series finds room for Starr to make a return and I would definitely go for another round of Model UN Summit-ing.

The Britta-Chang story was certainly less meaty than Annie’s problems in the A-story, yet I still found it to be pretty successful. These are the two characters that had the least amount of stuff to do in season two, so I appreciate the early dedication to them and I also think it was a smart decision to put them together. Britta wants to fight the power, Chang wants to be the power and neither one of them can really reach those goals in the real world and they feel like they’re losing themselves because of it.

Thankfully, the insane halls of Greendale allow any miserable person’s dreams to come true! Britta can lock herself in a dog cage and threaten to pour red paint onto a globe and later cover her dance outfit with a bunch of deformed, destroyed Barbies – of course Britta’s protests make no sense or have no real meaning, but good lord are they hilarious – and Chang can tase her. It’s really the most awkward, dumb, but satisfying win-win in the history of win-wins. Although I think Britta realizes that she’s a fraud, it’s still nice to bring her back to a place where she can truly be her awful, fraudulent self when there are no real consequences. And Chang as a quasi-authority figure with all sorts of entitlement already works better than all of his nonsense last season.

If “Geography of Global Conflict” is representative of the kind of stories Community is going to tell this season, I’m pretty excited. The focus on the characters and their most glaring issues is something I certainly welcome and even if individual iterations of that kind of storytelling don’t quite work or lack just one little scene, I’m still very happy with where the season is headed. The growth and development might not be dramatic and sometimes the scenes might feel a tinge repetitive, but it all feels purposeful nonetheless.

One response to “Review: Community, “Geography of Global Conflict””