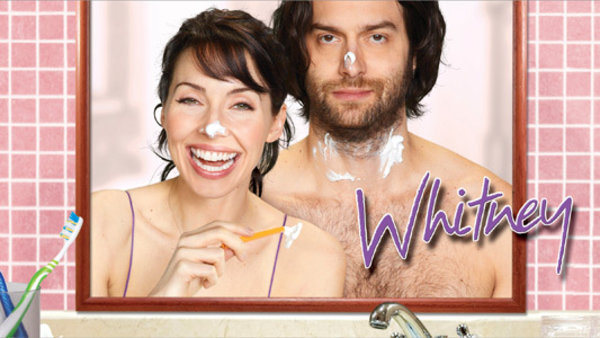 Over the next week or so, I’m hoping to check in with a number of the fall’s new series. Most have aired half-dozen or so episodes by now, so it feels like a fine time to see what they’ve improved on, if anything, since the pilot. These pieces won’t be too long, but they will still be good. Obviously. Up next: Whitney

Whitney is still pretty terrible. I could basically just write that sentence, move on and you would get the point. After five episodes, Whitney is still doing many of the things that made it obnoxious, unfunny and detrimental to women in comedy. Every week, the series transports the audience back to a time when women and men just didn’t understand each other because like, dude, they’re different and stuff. And every week, fictionalized Whitney and beau Alex realize that they still love one another, even though they just spent 20 minutes proving how much they hate each other.

BUT, you know what? Whitney has improved every week. Last night’s episode featured a few solidly funny moments, an enjoyable guest performance from Ken Marino and shockingly, a situation where the supporting cast didn’t have to act like horrible, horrible people. That last thing is super-important because despite Whitney’s retro view of gender roles and “men are from Mars, women are from Venus” bullshit, it’s the supporting cast that has held the series back. They’re all shrill, annoying, hateful, awful people. But this week? They were less annoying and less hateful. Still shrill and awful, but baby steps.

Moreover, the basic argument of the week between Whitney and Alex was about as logical and believable as the series has been thus far. Of course, the episode quickly removed any sense of reality by turning the story into a big gag about spy cameras, performance for them and just ugh. Nevertheless, there’s no question that couples do have real, extended tiffs about tones and discourse because I’ve been in that situation with my partner countless times. I do the tone. She wishes I could see the tone. She never thinks to ask a cop friend of ours to use spy cameras to catch me in the act, but she might consider it. If Whitney wants to lock itself into exploring “typical” couple issues, it could approach them more like this and less like anything that involves costumes, copious amounts of lying and posturing.

As I’ve said so many times now, it does take comedies a while to figure themselves out and as that process is taking place each day in the writers’ room or on set, series tend to repeat beats and plots that are similar to what happened in the pilot. Whitney has taken that route for five episodes now and although I’m willing to give any series the benefit of the doubt this early on, it does feel like this is the kind of series Whitney wants to be. That’s inherently disappointing because the first five episodes haven’t been good in any sense of the word, but there are worse version of Whitney that could exist. If this was a Friends clone about the group as a whole, Whitney would be dramatically worse. And keeping Whitney out of a skimpy costume for a few weeks in a row is a sign of progress, I guess as well.

So Whitney is almost certainly going to stick with its formula of Whitney and Alex arguing over something miniscule, turning it into a big event that somehow pulls in their lifeless friends and then eventually realizing how stupid they are and kissing at the end. That won’t ever make a good series, but it does appear that Cummings is figuring out more of a voice for the series. She and Chris D’Elia’s chemistry is incrementally improving each week and so even though the stories are dumb and the characters are often too hateful, they make it work somewhat.

Like I said, Whitney is still pretty terrible and there are no signs that it could ever rise above mediocre. It still relies way too much on putting Cummings in risqué outfits or situations – this week, Whitney had to give her boyfriend a lap dance! – and doesn’t really understand the kind of things that make a series like this funny, but it’s also somehow owning all those things. Whitney doesn’t want to be Parks and Rec or Community, it’s perfectly happy with providing devolved, borderline degrading bits that remind the audience of a simpler, less progressive time. I don’t want to say there’s something admirable in that because there absolutely is not, but I respect that Whitney and its creator have no pretensions about what they’re trying to do. Even if it sucks.