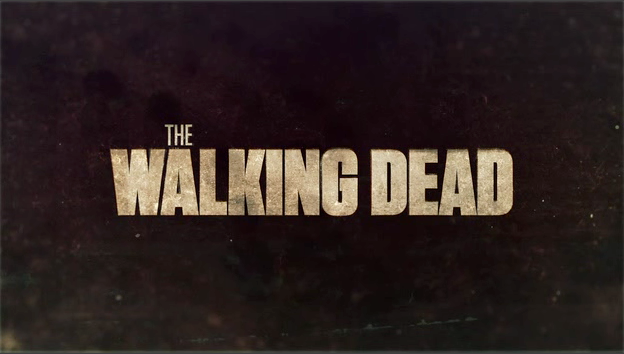 “Save the Last One” is definitely the best episode of The Walking Dead since the pilot and it might be one that I actually like more than that stirring initial offering. This is the kind of series that I hoped The Walking Dead would be and this is the kind of episode that this production team should be churning out on a consistent basis. Unlike most episodes of the series’ thus far, “Save the Last One” is much more interested in the characters and their relationships to one another than focusing on the reactive tendencies of flat types.

When Les Chappell, Andy Daglas and I talked about The Walking Dead on the podcast last week, we were all frustrated with the series’ inability to create compelling and complex characters. Sure, Dead has only aired nine episodes and is still very young, but so many of the episodes have been built entirely around a simple structure: Something bad happens, the group has to fix it. Obviously that’s going to be the inherent structure of the series throughout its run, but Dead would be best served by slowing things down and really digging into the people, their pasts and their damaged psyches. We ultimately suggested that the series use more flashbacks and although I don’t think Dead is going to go “full Lost” on us anytime soon, last night’s episode was a triumphant step forward in regard to the way the series handles character and how it structures an episode.

Carl’s gunshot wound has been the series’ biggest narrative blessing. With him stuck in a bed clinging to life, everyone else is forced to either put their lives in danger (more danger, I guess) or stop and think about the consequences of living in this world. The episode still asks some characters to be reactive, but it’s not shaped in the same way as it typically is on Walking Dead. Characters go searching for things and run into zombies, but instead of those searches and those run-ins being the dominant elements of the episode, those events are used to develop the characters in solid ways. It’s really sort of simple how well this episode came together, which I guess only points out how flawed the series had been up until this point.

If the series isn’t going to do consistent flashbacks like Lost, this brand of quiet conversations are the way to go. Nearly every main character was given an opportunity to discuss their feelings, mention a nugget from their past or generally say something of value that didn’t necessarily have to do with “let’s move here,” or “I agree.” Carl’s circumstances forced Rick and Lori to discuss how to proceed and the resulting scenes led to the strongest work Andrew Lincoln and Sarah Wayne Callies have done on the series.

I liked how the episode just kept coming back to the two of them, sitting around and thinking about the horrible decision they might have to make as the time ticked away. The two started in an optimistic mood and as Carl’s health deteriorated, the conversation quickly changed. Rick is inherently more hopeful (if only because he’s dealt with this mess for a lot less time), but Lori made great points about the lack of purpose of keeping a young child alive in this world. Seeing dear up close and hoping for a safe life at a farm house are nice, but you know, there are zombies out there. And the moment after they argued about what to do with Carl, where the episode cut back to them in a deep, thoughtful silence, was surprisingly powerful. Dead knows how to use silence to its advantage and that was a great example of said approach.

A number of supporting players received great material this week as well. Andrea and Daryl’s nighttime walk through the woods in hopes of finding the little girl was understated, informative and engaging. Daryl has quickly become the series’ best character and it was nice to see some of Norman Reedus’ energy rub off on Laurie Holden. Sure, the two characters were out trying to accomplish a goal, but the whole point of their scenes together was to help us learn more about the somewhat mysterious Daryl and his little story about getting lost out in the woods accomplished that goal well. Andrea clearly needed to hang out with someone who wasn’t preaching to or trying to push her towards a certain outcome and although Daryl clearly thinks she should live, he’s not going to force her into admitting it.

Steven Yeun’s Glenn was also thrown a bone this week, which reminded me that he was basically the only character I liked in the first season. Though the episode still tried to pigeonhole in some conversation about faith and religion, it was much subtler this go-around. I guess that happens when your characters aren’t literally talking to a statue of Jesus in a church. Because Glenn hasn’t had much to do, we haven’t really gotten to know how he thinks or what he cares about, so it was great to finally get a look into his emotional state, if you will.

Finally, in the most “active” story of the week, Shane faced a nasty batch of zombies and ultimately made a tough choice to hopefully save Carl. It’s hard to keep the stakes high on a weekly basis, but the series can work if it continues to address consequences, both “real” and psychological, like it does in “Save the Last One.” Shane uses the helpful, good Otis as bait so that he can escape from the hoard, which is perhaps the most complicated thing we’ve seen any character on this series do to-date. Now, even though he got rid of all the hair, he still has to look himself in the mirror each day. He led an innocent man to his awful death and even if he thinks his decision was justified, that look in the bathroom mirror says otherwise. As I hinted at up top, I thought the framing device with the quasi-in media res opening of Shane in the bathroom was useful and smart. Jon Bernthal was really good there.

A lot of horrible stuff has happened to these people in short time since Rick appeared. They’ve lost a number of the original group-members, watched the CDC blow up, lost the hope that came with it and then had to experience that horrifying hoard event. In that sense, this episode is much-need stop of breath and reflections for everyone and unsurprisingly, the results aren’t pretty. Some are looking to God for the first time ever, others are considering giving up and many are somewhere in the middle. But the point is that “Save the Last One” actually keyed us into all these different emotions and made an effort to make me care about these people. Maybe The Walking Dead has some life in it after all.

One thought on “Review: The Walking Dead, “Save the Last One””