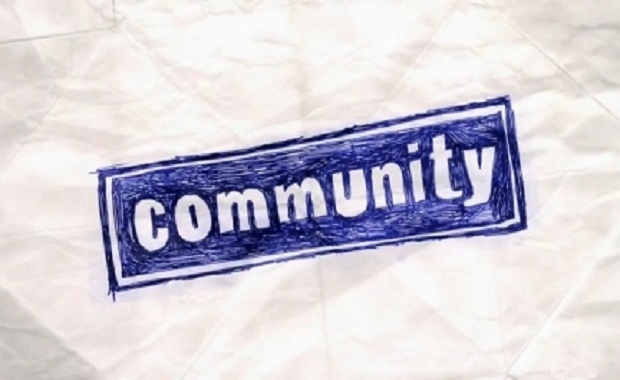 There are a lot of real awful things in this world – hunger, terrorism, disease – but if we’re talking about somewhat less real awful things, it’s hard to top moving. I lived in the same house my entire life until I went to college and perhaps it’s just because of those 17 years of stability, but changing spots during my college years has been just dreadful. And it’s not just all the time you have to spend deciding if you really need that one old issue of Rolling Stone (chances are you don’t, even if Fall Out Boy’s on the cover) or the sheer amount of money it takes to pick up your life and put it all somewhere else that suck, although those things suck a whole lot.

The biggest problem with moving is the uncertainty. Will my new place be as big as it seemed when I checked out the model version (absolutely not)? Will my bathroom have random unforeseen problems that I could never begin to know how to fit (you got it)? Will my neighbors listen to Filter at 3 a.m. on a Wednesday night (you’d be surprised)? And if you have a new roommate or two to go along with that new place, the uncertainty is even higher. Because let’s face it: Living with people, even the ones you like quite a lot or even love, is pretty much as bad as moving itself. Heck, at least moving is over relatively quickly. Nevertheless, living with people is the ultimately crapshoot. Your best friends could make the worst roommates and your worst enemies might end up being OK co-habitators.

I know that we’ve spent so much time already this season deconstructing this series and wondering what “kind” of stories it was going to tell, but I have to say this: I love this version of Community. I love the high-concept, risk-taking version of the series too, but I think I actually forgot how much I actually adore the series when it tells simple, but purposeful stories about its characters. I spent a little time re-watching the first 10 episodes of season one this week for no other reason than I had a few spare hours and while those initial offerings have flaws, it was nice to be reminded of the straightforward pleasures that Community can provide when it’s not trying to reinvent the form every week. Through seven episodes, season three has definitely taken less “obvious” risks than it did last season, but we might argue that going back to the character-based “slice of life” kind of stuff is more of a risk than not.

The point is, I want Community to be a series that treats its characters with the upmost respect and creates circumstances where they can learn and grow. If those circumstances are a paintball shootout or a zombie apocalypse, fantastic. But those circumstances are Annie moving in with Troy and Abed, that’s pretty great too. It doesn’t really matter to me, especially when the series is as funny as it was tonight in “Studies in Modern Movement.”

But as soon as Britta breaks down that wall, it can’t be built back up. Troy and Abed start to get on Annie’s nerves from the very beginning of the move, with their tweeting (#AnniesMove, y’all) and their tape- and bubble wrap-related pranks. Things only get worse once she arrives in the apartment and finds that Troy and Abed have eschewed letting her use the second bedroom so that they could keep The Dreamatorium alive. Instead, they’ve built her a (fairly substantial) blanket fort room. Despite her insistence that she’d stay cool, go with the flow and be loosey-goosey or goosey-loosey, Annie can’t take it. All the things she loves about Troy and Abed at school, she immediately hates at home. By the way, thanks Britta.

I’ve been harping on the simplicity of this episode, but on a character level, the complexity is there. Annie’s always, always been the third character after Troy and Abed to be willing to just go with whatever situation the group finds themselves in. Her bubbly personality makes it easy to stick her into the paintball games or give her the most ridiculous speech in Dungeons & Dragons. But being outgoing has its downside when you stretch yourself too thin and adapt who you are to meet everyone else’s zaniness. At times, she’s tried too hard to be whatever Jeff wanted and here, she hopes she can just go with the Troy and Abed flow. This is especially true since she wrongly also views herself as too rigid and restrained (think back to “Mixology Certification”).

Unfortunately, literally no one on the planet could completely go with that flow and Annie finally realizes that she can’t be the ever-willing buddy the rest of her life. The speech she gives to the two of them before she initially decides to move back out is a really great moment for Annie. She reminds the boys that she deserves some agency in their new circumstances, but also sticks up for her identity a little bit in the process. Annie might be fearful that she’s too organized or too inelastic, but that maturity is actually a good thing for this group and particularly for Troy and Abed. Ultimately, they need her just about as much as she needs them. That won’t make their rooming together much less bumpy and I’m sure we’ll see more of that in coming episodes, but it does make for a few wonderful moments in this episode’s final act. Her speech is great, but Troy and Abed’s plan to give her their room and admit their immaturity and insular ways was just as meaningful.

Although Annie’s move, err sorry, #AnniesMove, provided a great center for this episode, “Modern Movement” found enough time to give every character something substantial to do. The move framework allowed for two stories that directly spun off it with Britta and Shirley driving across town and Pierce hanging back to fix a few of the apartment’s deficiencies before the final landlord check. Neither of these stories had the same kind of meat on them that the A-thread did, but they still continued all three characters’ arcs for the season in fairly entertaining ways.

Shirley’s religious beliefs have always been a dominant part of her identity on the series, but it seems like the writers have been pushing it even harder in season three and they’ve also been setting up this antagonistic relationship between she and Britta based on belief. Shirley’s probably been the butt of the joke a few times too many thus far and I do hope that the story with the two of them arguing over religion versus morality and ultimately being creeped out by a hitchhiker Britta picked up isn’t the end of their discourse, but it was still fun nonetheless. Shirley wasn’t made to look like a fool this week and while Britta initially had the highroad, by the end, they were both stuck in a car with a pot-smoking hippie who thought he was Jesus, loved drinking blood and hated cross-racial breeding. So I’m not sure anyone wins there. Nonetheless, I liked that the series actually engaged in the religion vs. morality stuff without making either one correct. They’re both stubborn women who will barely ever admit to being wrong, even when it’s obvious that they are. Like I said, I hope Britta and Shirley keep butting heads. It works.

Pierce’s “story” was obviously less developed than anything else in the episode, but I actually enjoyed it immensely. Not only was it supremely funny throughout (the scene with him and the tub of paint was particularly amusing), but it allowed Pierce to be a straight-up good guy. There were no pretensions or suspicious motivations here, he just legitimately wanted to help Annie as much as he could. Pierce has said a number of times that Annie is his favorite, but it’s nice to be reminded that those speeches weren’t manipulation.

Finally, Jeff spent his day at the mall trying to avoid doing any work at the move. The bad news for Jeff is that Dean Pelton spied on his Greendale email account and basically tricked him into going to the mall and then subsequently blackmailed him into staying, leading to a hilarious pair of sequences of them at lunch and singing karaoke. Jeff’s been a dominant part of basically every episode this season, so it was fine to have him on the sidelines this week, especially because those tertiary scenes were so enjoyable. The karaoke bit ended up being a smidgen too broad for my tastes, but it paid off later once Jeff arrived at the move (his guilt got the best of him, of course) and the group revealed that Pelton tweeted the performance. Jim Rash and Joel McHale have tremendous chemistry. More of them please.

I suspect that “Studies in Modern Movement” won’t be an episode that too many people love at first, though again I can’t imagine too many people disliking too much either. However, this is a grower. With time, I could easily see this becoming a fan favorite. I can’t wait to pop in my season three DVDs in a couple years and enjoy the hell out of it, just like I did those season one episodes this week.

One response to “Review: Community, “Studies in Modern Movement””