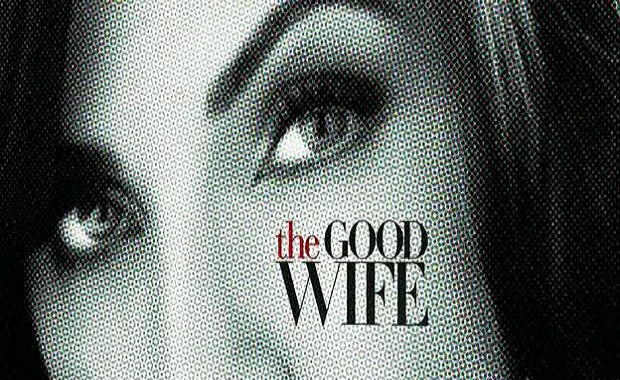 I haven’t written much about The Good Wife’s third season. In fact, I’m pretty sure I haven’t done a single post on this season. My good buddy Noel Kirkpatrick and I deconstructed the first three or four episodes way back in the early part of the fall on the podcast, but with so much going on for me personally and so much Sunday television taking up my time, the CBS drama just happened to be one of those series that fell through the cracks. Thankfully, I have some free time this week and Good Wife just aired its mid-season finale. This is a great time to check in.

In fact, this is a really great time to check in because the series went through some awkward stages and growing pains this season. Year two started off with a major bang and never really looked back thanks to all the intrigue brought into the series’ universe by the wide-reaching political campaign and the arrival of Derrick Bond. But this season, The Good Wife struggled a bit to find its new rhythms and story aims, or at least decided to slow-play some of the bigger, juicier moments for this part of the season. The result was a few bumpy, but still solid episodes to begin the season – if you go back to that podcast, you’ll see that Noel and I were probably more critical than we should have been, but only because we expect so much from this great series – and a slew of really wonderful ones in November and December.

One of the slightly disappointing things at the beginning of the season was that The Good Wife seemed to lack an overarching narrative. We knew that Peter was back in office and likely wanted to come after Lockhart-Gardner in some way, but the series eschewed a direct conflict from the jump, perhaps partially because Chris Noth’s available is (and continues to be) kind of a problem. That hole, combined with a moderately aimless Eli meant more focus on the procedural story engine. That’s not something I’m against, but the first few cases weren’t particularly memorable either.

However, it appears now that the Kings and the rest of the series’ writing staff was just playing possum all along. The simple story structures of those early episodes allowed us to spend some quality time with Cary in his new role and more importantly, slowly built up this corruption thread that will likely dominate the second half of the season. I have wanted to spend more time in the State Attorney office for a few seasons now and although it would have been nice to do so through Peter’s eyes, it’s clear now that he is never going to be that major of a character (he is more like a presence at this point, no?) and Cary has become the season’s best character.

The smartest thing the Kings ever did was decide not to make Cary a full-blown villainous figure and that choice has paid off tremendously this season. The corruption case might have been about LG or Will and is now apparently about Peter (more on that in a second), but Cary’s stuck right in the middle of all of it, not entirely sure what to do. I think he definitely still has residual anger towards Will, Diane and Alicia for what happened at the end of season one, so he certainly wants to “beat” them. But I also think that Cary sort of cares about Alicia, certainly cares about Kalinda and is still very skeptical of what Peter and/or Wendy Scott-Carr are up to. Cary isn’t a politician. He’s a cunning lawyer, but I think he has a certain strong inner core that prevents him from totally embracing Peter or the vagueness of this investigation, despite his desire to stick it to Alicia and move up the legal food chain.

Last night’s reveal changed my opinion on the corruption investigation* just a bit, though. I think the series is making a mistake if the investigation is actually about Peter. We know that he was corrupt during his first term. Alicia knows he was corrupt during his first term. The voting public knows he was corrupt during his first term. So, as of now, it is unclear to me why it is necessary to go back and drudge up things that the audience and the characters already know or have assumed to be true. It’s possible that the lovely Wendy Scott-Carr has something else in mind, but I don’t think the series is better off by pushing Peter as the obvious villain anymore. I was under the impression that this season was going to be more about showing us how Peter is less villainous while simultaneously digging into Will’s dark (or at least dim) past. Using Will as a false target just to have an admittedly surprising twist and refocus on Peter as the antagonist undercuts all that and I’m pretty disappointed by it. Again, things could change – and I hope they do.

*How awesome is it that the writers turned an obvious television-related problem (Lockhart-Gardner always seems to win) into a major story engine?

As far as Alicia goes, this season has treated her well, I think. Whereas last season was more focused on stories and elements that Alicia couldn’t really control (the campaign, the merger, the reveal about Kalinda and Peter’s affair), season three is dedicated to showing us things Alicia can control and even more dedicated to make sure we see that she wants more control. Her relationship with Will didn’t add up to much (yet, I guess), but I quite liked how the series was unafraid to have Alicia make the decision to press pause because she has too much going on with her insanely annoying kids. The series might use them for odd storylines too often, but I would much rather Alicia and Will have issues because of a real reason like kids than because of some awkward, shoehorned-in love triangle or something.

Moreover, recent episodes have done a solid job of focusing on Alicia’s role in the firm and how good she actually is at her job. Sure, it is probably a little ridiculous that she’s had so much success and be given so many fantastic opportunities, but I’m willing to go with that as part of the story, especially when it leads to more conversations with Michael J. Fox’s Louis Canning about her jumping ship to his firm or last night’s various heart-to-hearts with Diane about the partner track. The Good Wife is a much stronger series when Alicia is an active participant in her own life and it feels like to me that season three is shaping up to be all about that.